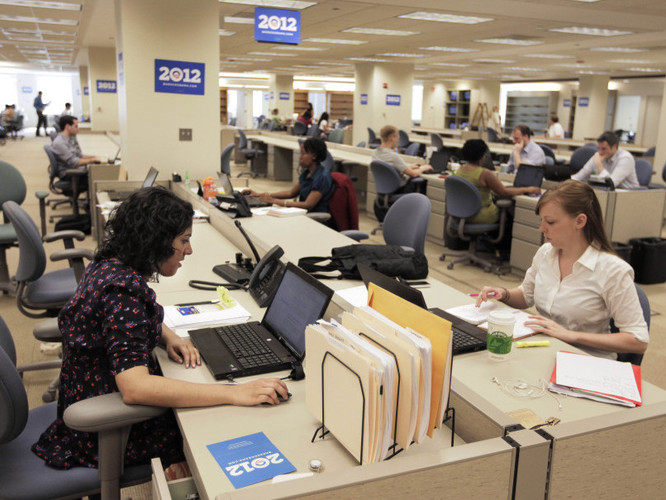 Campaign manager Jim Messina pledged to “measure every single thing in this campaign” and built an analytics department five times the size of the 2008 effort. A Time magazine reporter got access to the data scientists in the campaign’s Chicago headquarters on the condition that the reporter would keep mum until after the election. “What they revealed as they pulled back the curtain,” Time recently reported, “was a massive data effort that helped Obama raise $1 billion, remade the process of targeting TV ads and created detailed models of swing-state voters that could be used to increase the effectiveness of everything from phone calls and door knocks to direct mailings and social media.”

According to the magazine, the campaign created a “single massive system that could merge the information collected from pollsters, fundraisers, field workers and consumer databases as well as social-media and mobile contacts with the main Democratic voter files.”

The Obama campaign focused on data showing the “persuadability” of voters. Multivariate tests identified issues and positions that could move undecided voters, ProPublica said: “The persuasion scores allowed the campaign to focus its outreach efforts—and their volunteer calls—on voters who might actually change their minds as the result. It also guided them in what policy messages individual voters should hear.”

It is ironic that the Democrats ran a much more organized, innovative, and strategically focused marketing campaign than the supposedly business savvy GOP.  While this alone may not be credited with their victory it certainly may have been a critical deciding factor.