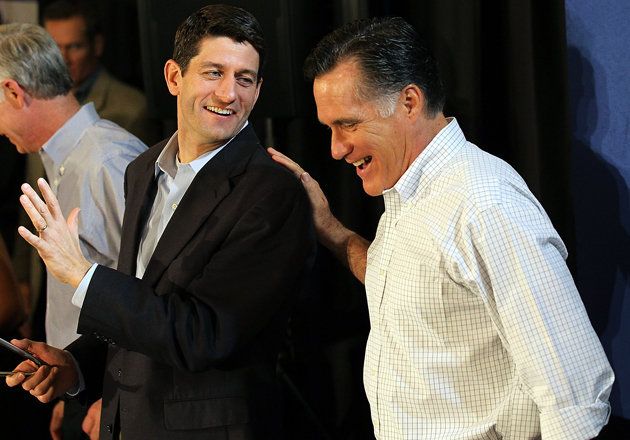 Ryan is a great choice.  Good VP picks may not have a history of helping candidates, but bad VP picks at this stage could certainly hurt the campaign.

Romney has three opportunities to overtake Obama.  The first is the selection of the VP and this he did with flying colors.  The second is the convention.  If handled properly he has the opportunity to build further support from the marginal voters and project a diversified GOP.  The third opportunity is the debates. That success remains to be seen but that is certainly a strength for Ryan and hopefully for Romney, neither which are dependent on teleprompters to make a point.

The armchair quarterbacking from conservatives on Romney and his staff on his timid responses to some of the Chicago slime being hurled will be unimportant.  Dick Army once advised, “Don’t waste time killing some one who is busy committing suicide.” (or something like that)

Ryan is a wonk and is great at both understanding the core beliefs of a market economy and the gritty political details of how to make this happen in DC.  The problem is that the free market advocates are good at the intellectual side of the debate but often fail to connect with the voters emotionally.  Facts and the history of the functioning of the economy are met with anecdotal nonsense about a woman who died of cancer six years after her husband lost a job at a company that was closed by an equity company that Romney used to be affiliated with.

That this tale is deemed worthy of a presidential campaign speaks volumes about the shallowness of the Obama camp.  And it is worrisome that anyone in a campaign leadership position thinks that this will attract voters and not repel them.  The fact that they may be correct is even more worrisome.

Negative campaigning can be good or bad.  If it is focused on real issues and positions it can be illuminating and effective.  If it only seeks to pull vulgar and libelous emotional triggers it can repel voters. It is not enough to claim that voters deserve better, they must demand better.

About Romney’s taxes, if the IRS doesn’t have a problem, then neither do I.  Few people would understand the depth of the returns of such a fortune, and the media has proven themselves incapable of reporting this objectively.  Still, he should disclose his returns, and hopefully will when the timing serves him better.

But what about Obama’s own staff?  36 of his executive staff members owed over $830,000 in back taxes. It seems the IRS does have a problem there. It seems there is very little media diligence on this issue.

And why would the smartest man in America seal his college records?  Unlike tax returns for large holdings, college records are very easy to understand by anyone. The man who promised us a new civil discourse and transparency in government has profoundly failed to live up to either promise.