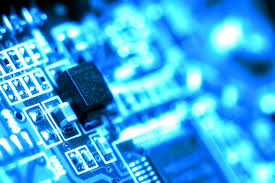 The idea that making the world a better place begins with dedication to humanitarian activity is a dangerous fallacy. There are extraordinary people who can genuinely change the world that way, but they are a tiny minority. An entire society cannot exist in that way. All that does is transform a productive economy into a consumptive economy as for-profits become non-profits and suck away money while pretending to make the world a better place.

Humanitarian activity only means something if it is an alternative, rather than the default. When everyone is a non-profit, then it only means that everyone is corrupt and hiding their profits.

Long before the rise of the non-profit society, the United States was making the world a better place through invention and the occasional intervention. There was a time when it graduated far fewer college students and those students had much more of a positive impact on the world than the far larger number being graduated today.

No one had to invite celebrities to their graduation ceremonies to tell them to follow their dreams or keep social values in mind. They made life better by making better things, rather than by trying to make things better.

America used to be a country that made better things. Now we try to make life better, while our working population buys worse things from worse countries that lend us money for our eternal quest to make the world a better place.

I continue to question the appropriate role of non profits in our economy, and there is a place for them.  But without the profits made from producing new medical cures, computer apps, better mileage vehicles, new sources of energy, new songs, new books, better phones, etc we do not have to means to create real progress. Real wealth is a mere tool that be wasted or used wisely.   But wealth that is never produced is never able to accomplish anything.

A Conservative Lack of Focus
The Other Side of Wealth Mobility