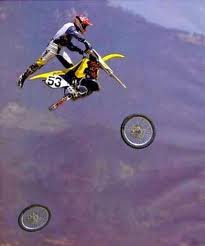 Whatever the state of inequality of incomes, it is dwarfed by the inequality of contributions to human advancement.  Robert Heinlein wrote, “Throughout history, poverty is the normal condition of man. Advances that permit this norm to be exceeded- here and there, now and then- are the work of an extremely small minority, frequently despised, often condemned and almost always opposed by all right thinking people. Whenever this tiny minority is kept from creating, or (as sometimes happens) is driven out of society, the people slip back into abject poverty.  This is known as ‘bad luck.’” President Obama confirmed the Heinlein view in a speech in Iowa: “We had reversed the recession, avoided depression, got the economy moving again, but over the last six months we’ve had a run of bad luck.”

From the new edition of Wealth and Poverty by George Gilder.  Originally published in 1980 the new version is updated with 40,000 words and views on the current scene

Fraud in the Name of Liberalism
Promoting Unemployment