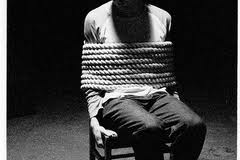 Harvey Golub writes in The Wall Street Journal, 5/22/12,  How the Recovery Went Wrong.

But wouldn’t things be even worse without massive fiscal and monetary stimulus? It’s true that monetary policy by the Federal Reserve has resulted in extraordinarily low interest rates, almost zero for the past three years. Normally, low interest rates would result in increased borrowing by individuals and businesses, generating increased economic activity. Its positive effects in this recovery, however, have mainly been to help the government borrow more cheaply, large banks recapitalize quickly, and homeowners refinance at low rates.

Uncertainty regarding ObamaCare and higher taxes on businesses and individuals has discouraged the type of borrowing and lending that low rates generally encourage. Near-zero interest rates have also resulted in historically low yields on savings and encouraged riskier investments. In effect, we have subsidized increased spending by penalizing savings.

There’s little doubt that this level of spending—$5 trillion in an economy with an annual GDP of about $15 trillion—has a temporary stimulative effect. The question is, was it a good investment? For the most part the money was spent poorly and we will get very little future value from it. Billions were spent to reward favored constituencies like government employees and the auto industry. Billions more were spent on training programs that don’t work and unemployment insurance that reduces incentives to actually find work. Little went toward building infrastructure or other assets that will help the nation create wealth over time.

Typically an easy monetary policy is aimed at stimulating business spending and investment that yields long term economic growth.  But this stimulus has been hijacked for political purposes.  Because of anti business rhetoric from the bully pulpit, and politically directed deficits and distribution to non productive avenues, this recovery is one of the worst ever.

Too Much Government for Sale
The Canadian Lesson on Sound Banking