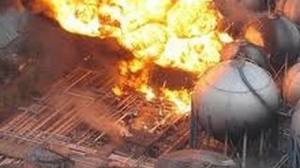 The explosion at the Fukushima nuclear plant

The industrial policy of Japan was once heralded as the epitome of the success of central planning, government by the experts.  Now it is evident that it failed to protect the Japanese from either a decades old stagnant economy or the disaster of the Fukushima nuclear plant.

The chief regulator of our offshore drilling regulator,  The Minerals Management Service (MMS)  proved incapable of protecting us against the Deepwater Horizon failure.

The financial industry was supervised by over 100 government agencies, yet it failed to avert the worst financial setback since the Great Depression.

These three disasters are but a few examples in a long record of stunning failure in highly regulated realms, and one might think they would lead a thoughtful person to ask a fundamental question: What, exactly, are gargantuan regulatory regimes for?

The question ought to compel America’s liberals, and Americans in general, to confront an insidious dilemma from which there is no logical escape. Presumably, regulation exists to protect ordinary people and to prevent catastrophes. Neither, of course, happened in the course of these three recent examples of regulatory breakdown. That is because the political power vested in interventionist government bureaucracies responds to those most adept at exerting pressure and making appeals—and those adept players are rarely the ones most in need of assistance.

In fact, gargantuan regulatory regimes both sustain and are sustained by an unholy alliance of big-government liberals and the cunning corporatists who have learned how best to game the system and use it to their advantage. This conduct, often called “rent-seeking,” is the result of a metastatic spiral. The growth of activist government has made necessary the growth of a vigorous, shrewd, activist lobbying sector.

We cannot wish away complex problems and I do not see how we can extract political considerations from the regulatory process. But we should seek regulations that include circuit breakers that allow small failures rather than try to perfect a vibrant but unperfectable market.  The regulatory structure should be simplified and removed from political influence as much as conceivably possible.