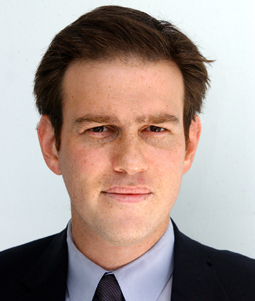 From Bret Stephens at The WSJ, Bernie’s Wall Street Slander

But the reason Mr. Sanders is drawing his big crowds is neither his fanatical sincerity nor his avuncular charm. It’s that he’s preaching class hatred to people besotted by the politics of envy. Barack Obama, running for president eight years ago, famously suggested to Samuel “Joe the Plumber” Wurzelbacher that “when you spread the wealth around it’s good for everybody.”

Mr. Sanders dispenses with the niceties. “I do not have millionaire or billionaire friends,” he boasts, as if there’s an income ceiling on virtue. That’s telling the 10,100,000 American households with a net worth of at least $1 million (excluding the value of their homes) to buzz off.

It is also telling any intellectually sentient voter that the drift of the modern Democratic Party runs in the same illiberal direction as the Trumpian right, only with a different set of targets. Mr. Sanders thinks Wall Street’s guilt is proved by its capitulation to the demands of a government that could barely prove a single case of banker fraud in court.

Another interpretation is that a government with almost unlimited powers to break, sue, micromanage or otherwise ruin an unpopular institution is not a government banks are eager to fight. The problem with capitalism isn’t that it concentrates excessive economic power in the hands of the few. It’s that it gives political power ever-tastier treats on which to feast. Covering for that weakness is the reason Wall Street plows money into the pockets of pliable Democrats like Chuck Schumer, Cory Booker—and Mrs. Clinton.

That’s something Mr. Sanders will never understand, being the sort of man whose notion of wisdom is to hold fast to the angry convictions of his adolescence. That may be why he connects with so many younger voters. But it’s also why his moral judgments are so sweeping and juvenile. Wall Street remains one of America’s crowning glories. To insinuate that the people who make it work are swindlers is no less a slur than to tag immigrants as criminals and moochers.

My colleague Holman Jenkins once cracked that some plausible ideas vanish in the presence of thought. I would add that some widespread beliefs vanish in the presence of decency. That goes as much for Bernie Sanders’s economic prejudices as it does forDonald Trump’s ethnic ones, a thought that ought to trouble the placid consciences of this column’s more liberal readers.