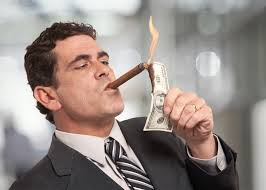 Like the Russian oligarchs, the moguls of turn- of- the- twentieth- century America have become so powerful because, unlike many firms in other industries, software giants such as Google, Facebook, Microsoft, and Oracle face still limited foreign or domestic competition. They enjoy market shares greater than the more traditional capitalists in such industries as steel, oil, gas, or automotive. Google, for example, accounts for over two- thirds of all Internet searches. 12 The fantastic wealth of Bill Gates over the past twenty years, like that of the other Oligarchs, stems in large part from these kinds of “monopoly rents.”

Of course, these Oligarchs, like feudal lords or rival gangs, sometimes fight among themselves— for example, the battle between Google and Apple over operating systems or, increasingly, on the hardware side of the industry. Yet this struggle between Oligarchs is far from a competitive free for all; together these two firms provide almost 90 percent of the operating systems for smartphones. 14 Similarly, over half of American and Canadian computer users use Facebook, making it easily the world’s dominant social media site. 15

By comparison, more traditional industries, such as the auto industry, appear as relative hotbeds of competition, with no firm controlling more than one- fifth of the U.S. market. 16 Major competitors, such as the Korean firm Hyundai, emerge periodically. The oil and gas business, associated with oligopoly from the days of John Rockefeller, is far more competitive; the world’s top ten oil companies account for some forty percent of the world’s production. 17

More important still, the tech Oligarchs control portions of their companies that would turn most oilmen or auto executives green with envy. The largest single stockholder at Exxon, the world’s largest oil company, is its CEO and chairman, Rex Tillerson, who controls .04 percent of Exxon stock. The largest automotive company, General Motors, doesn’t have a single direct shareholder with over 1 percent of the stock. 18

In contrast, Sergey Brin, Larry Page, and Eric Schmidt control roughly two- thirds of the voting stock in Google. 19 Brin and Page alone are worth over $20 billion each. Larry Ellison, the founder of Oracle, owns just under 23 percent of his company and is worth over $50 billion; in 2013 Forbes ranked him the country’s third richest man. 20 Bill Gates, the country’s richest man, is worth $78 billion and still controls 7 percent of his firm. 21 Mark Zuckerberg’s 29.3 percent stake in Facebook is worth upwards of $25 billion.

Someone Else’s Blasphemy
The Root of the Attacks in Paris