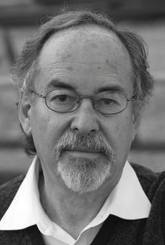 “In retrospect it was apparent to me that most of the violence in my lifetime had been directed by utopians like myself against those who would not go along with their impossible dreams. “Idealism kills,” the philosopher Nietzsche had warned before all this bloodshed began. But nobody listened.”

“I agree with the observation more than I would like to. It is the human wish to be told lies that keeps us as primitive morally and socially as we are. But stoic realism is, after all, what being a conservative is about. It is about accepting the absolute limits that life places on human hope. One could define the viewpoint of the left as just the opposite. It is an obstinate, compulsive, destructive belief in the fantasy of change, in the hope of a human redemption.”

“I have watched my friends on the left, whose ideas created an empire of inhumanity, survive the catastrophe of their schemes and go on to unexpected triumphs by turning their backs on the ashes of their ideological defeats. Forced to witness the collapse of everything they had once dreamed of and worked to achieve, they have emerged unchastened and unchanged in pursuit of the same destructive illusions. And they have been rewarded for their misdeeds with a cultural cachet and unprecedented influence in the country most responsible for the worldwide defeat of their misguided schemes.

I cannot explain this dystopian paradox except by agreeing with my interlocutor that politics is indeed irrational; and that socialism is a wish that runs as deep as any religious faith. I do not know that the truth must necessarily remain in the shadows, as he writes. But I am persuaded that a lie grounded in human desire is too powerful for mere reason to kill.”

Check out this book on the iBooks Store: https://itunes.apple.com/WebObjects/MZStore.woa/wa/viewBook?id=703309153

The Hands that Prosper
Microaggression