The Racism of the Intelligentsia 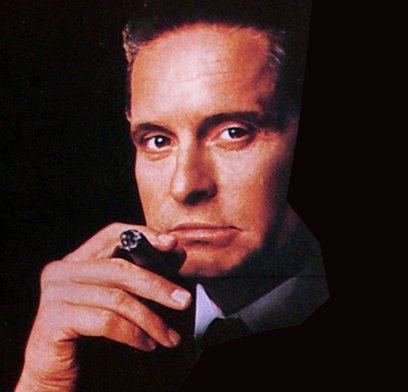 There is something, evidently, in the human mind, even when carefully honed at Oxford or the Sorbonne, that hesitates to believe in capitalism: in the enriching mysteries of inequality, the inexhaustible mines of the division of labor, the multiplying miracles of market economics, the compounding gains from trade and property.  It is far easier to see the masters of the works as evil, to hunt them as witches, favored by occult powers of Faustian links.

The fantasies take a lurid turn in the minds of the mobs.  A French sociologist tells of the furies called forth in the 1960s by a group of Jewish dressmakers who opened shops in a small town in Provence. How could their prices be so low for fashions so elegant, for styles of Parisian design and grace? It must be conspiracy.  They were selling drugs, it was muttered at first; then darker rumors arose.  Two young women left for Paris. They were victims of the white slave trade, it was said, and the dressmakers were its front! A mob gathered and stormed and burned the shops to the ground. Amid the smoldering ashes, the proprietors presumably reflected on the strange profits of efficient enterprise.

In American cities this mode of thought appears in  milder form in the inevitable rumors surrounding any prosperous Italian businessman (“he is in league with the Mafia”) A convict once told me, with complete assurance, that everyone in prison knew for a fact that John D Rockefeller had acquired his money as a member of a gang of Jesse James, for which Standard Oil served as a convenient cover. The ideal that all wealth is acquired through stealing is popular in prisons and at Harvard.

Edward Banfield, in his book The Moral Basis of a Backward Society, maintains that this attitude is a crucial characteristic of an undeveloping economy.  In the small town in Italy that he studied in an effort to understand the sources of poverty, every businessman was assumed to be cheating his employees, every priest to be filching from the plate, every politician and policeman to be on the take. ..

In the past this strange struggle has often enlisted the services of  lumpen  intellectuals, contriving gothic rationales for racism and pillage: inventing tables of cabalistic Jewish financiers, conspiracies of Asian shopkeepers, peculiar collaborations of usurious moneylenders. In more recent times the fashion has tuned decisively against ethnic prejudice, which remains socially acceptable chiefly among the poor.  But hatred of producers of wealth still flourishes and has become, in fact, the racism of the intelligentsia.

From the new edition of Wealth and Poverty by George Gilder.  Originally published in 1980 the new version is updated with 40,000 words and views on the current scene

A nation or culture that demonizes wealth production will, not surprisingly, produce little wealth.