The Growth in Per Capita Wealth is Greatly Underestimated 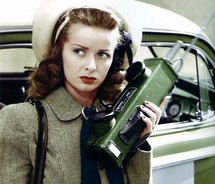 … the average American family in 1875 spent 74 percent of its income on food, clothing, and shelter; compare to a mere 13 percent spent in 1995.  … a three-minute phone call across the United States in 1950 cost ninety hours of common labor.  By 1999 the costs had fallen to a minute and a half.  … Americans had one car per every 4.4 persons in 1938, one per 2.4 in 1960, and one per 1.26 by 2003.  Such astonishing figures get us closer to appreciating the magnitude of “real” growth, yet they still leave us short.  For example, how do we measure the value of the improved voice quality of those (less expensive) recent phone calls?  What is the value of being able to receive an electronic message- say, announcing the birth of a child- while out on a walk rather than after days of sitting by the phone?

Andrew Carnegie, for all of his wealth, could not buy a cure for the pneumonia that killed his mother- though treatments for pneumonia are readily available today.

The eightfold change in the (inflation adjusted) per capita income of average Americans since 1900 is impressive, but considered in terms of real experience the magnitude of change is far greater.

Our economy is much more than carefully indexed and analyzed numbers. It is the sum of human accomplishment, productivity, fears and desires.  Policies that ignores this are severely handicapped.

The Shamelessness of Moral Supremacists
Outside The Bubble