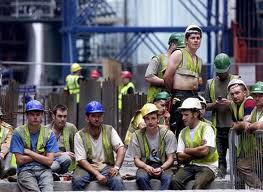 Mark Perry analyzes the current Bureau of Labor Statistics unemployment data is his blog, Carpe Diem, a required daily read for me.

The unemployment rate for workers with a college degree fell to 4.1% in December, which  is the lowest jobless rate for that group since January 2009, almost three years ago.   The number of employed college graduates is at an all-time high of 45.2 million, and more than 1.6 million above the December 2007 level when the recession started.  In contrast, the jobless rate for workers with less than a high school degree jumped to 13.8% in December from 13.3% in November, and the employment level for those workers remains 1.24 million jobs below the December 2007 level. This contrast suggests that educational level might be an important factor in the labor market improvements and the drop in the jobless rate to 8.5%, with college-educated workers being the group that is gaining jobs during the recovery, while the least educated workers are the group finding it hardest to find jobs.

This may not be very surprising, but it does point to changes that have caused this.  Our economy has shifted from manufacturing production to information processing. Even in a modern steel mill, workers are scarce but the booth suspended in the air controlling quality and processing is governed by a worker sitting before an array of computer screens that look like the Starship Enterprise.    It could also mean that current college grads have skills that may have been comparable to high school grads a generation ago. 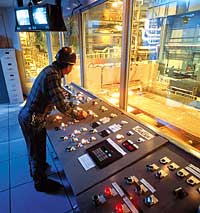 Modern financial giants like Google and Facebook have a fraction of the workers that such a financial base would have required during the previous industrial era.  A high school grad used to be able to get a decent job in an auto factory ora  steel mill or with a construction company.  Especially with the collapse of the housing market, construction jobs are substantially down.  Even with government supportted tech schools teaching useful trades, the demand for these are substantially down.

All of this is made much worse by a huge jump in the minimum wage that occurred when the Democrats took control of the House in 2006, just before the financial collapse.   To the extent that the mandated minimum wage is in excess of the market wage, this will show up in higher unemployment.  Reducing the minimum wage may be sound economics but it is probably politically suicidal.  We will like just have to wait until the market rate catches up to the mandated rate.

Devolving Unions
Ants at a Picnic