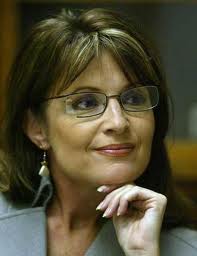 The recent exposure of how Congressmen benefit from inside trading information that is illegal for anyone else  should be a common theme for everyone who is upset with the current state of affairs.  It should be a common thread that unites the Tea Party with Zuccotti Park.

How do politicians who arrive in Washington, D.C. as men and women of modest means leave as millionaires? How do they miraculously accumulate wealth at a rate faster than the rest of us? How do politicians’ stock portfolios outperform even the best hedge-fund managers’? I answered the question in that speech: Politicians derive power from the authority of their office and their access to our tax dollars, and they use that power to enrich and shield themselves.

What are the solutions? We need reform that provides real transparency. Congress should be subject to the Freedom of Information Act like everyone else. We need more detailed financial disclosure reports, and members should submit reports much more often than once a year. All stock transactions above $5,000 should be disclosed within five days.

We need equality under the law. From now on, laws that apply to the private sector must apply to Congress, including whistleblower, conflict-of-interest and insider-trading laws. Trading on nonpublic government information should be illegal both for those who pass on the information and those who trade on it. (This should close the loophole of the blind trusts that aren’t really blind because they’re managed by family members or friends.)

No more sweetheart land deals with campaign contributors. No gifts of IPO shares. No trading of stocks related to committee assignments. No earmarks where the congressman receives a direct benefit. No accepting campaign contributions while Congress is in session. No lobbyists as family members, and no transitioning into a lobbying career after leaving office. No more revolving door, ever.

This call for real reform must transcend political parties. The grass-roots movements of the right and the left should embrace this. The tea party’s mission has always been opposition to waste and crony capitalism, and the Occupy protesters must realize that Washington politicians have been “Occupying Wall Street” long before anyone pitched a tent in Zuccotti Park.

When Palin entered the political scene I was impressed by her as a fresh and honest voice outside the Washington elite, but was quickly disappointed at her lack of depth on critical political issues.  I find Herman Cain to be a similar welcome fresh voice with great experience outside the beltway,  but also lacking in necessary political thought and experience.   While Palin was devoured by the MSM and marginalized by many within the GOP,  her record at reform as governor of Alaska may be her best accomplishment and her thoughts on the corruption in D.C. are well worth noting.

The Narcissism of Minor Differences
What Government Is Not