The Narcissism of Minor Differences 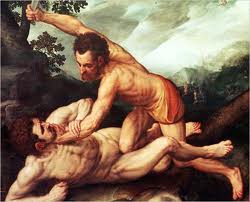 Bloodlust by Russell Jacoby is a tour of the roots of violence from biblical through modern times.  The essence of the book is that it is not those that are different that pose the greatest threat, but those that are similar.  Since Cain and Abel those who acted most violently against us were those only slightly different.

One can examine the violence between the Sunnis and the Shias in the middle east.  They both accept the basic tenets of Islam but often fight violently over their visions.  The Catholics and Protestants, two Christian sects, battled for centuries in Ireland.  The Puritan and Huguenots were brutalized by other Christian sects in Europe. More died from the hands of other Christian sects in Europe than from the Muslim invaders of the eighth century. Few people can identify a Hutsi from a Tutsi in Rwanda, but that did not stop a horrible slaughter.  Our own Civil War, our bloodiest so far, pitted brother against brother.

There were other factors besides ethnic and religious differences, but these lay at the core and seemed most evident as sides were drawn.

Perhaps this explains why assimilation did not protect the Jews in Europe. It seemed that the more they tried to be like their Christian hosts the more violent reaction became to them.  Again it was the slightly different that caused the biggest reaction; the remaining differences, rather than the similarities weighed heavier.

America certainly had its history of violence and not all of it can be explained by “this narcissism of minor differences”, but we have evolved to a point of acceptance of differences that makes us very different.  Ancestors of slaves are now elected to the highest offices; women have gone from the kitchens to leadership positions in public and private offices.  Widespread anti-Semitism, with roots that were centuries old in Europe, never took root here. While slavery was a blot on our history, what other country paid so heavily to eliminate it?

And perhaps this explains the bitter partisanship of our political world. While there are fundamental freedoms we nearly all agree upon there are a few critical distinctions that amplify our differences. But our political differences are less and less defined by ethnic and religious differences, with a few exceptions and more defined by economic consideration.  Whether you have a 401k or shop at Walmart is often more of a determinant of political leaning than race or sex.

Perhaps the greatest accomplishment or exceptionalism of the United States is the incredible luxury to be able to identify our differences based on ideas rather than blood and tribe.