The Importance of Failure 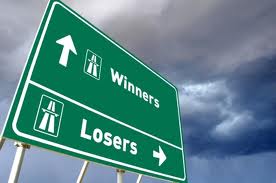 “Too big to fail” is as antithetical to capitalism and economic growth as sugary high fat diet is to good health.

Some free market supporters prefer the phrase “free enterprise” to capitalism, because of the bad name capitalism has developed.  It was a derogatory name used by Karl Marx.  He could be right. The open-mindedness of classical liberalism has certainly been redefined by the distinctly close-mindedness of modern political liberalism.

There are two critical assumptions to capitalism. The first is that individuals are more capable of making effective choices for themselves than would be made by others. True capitalism is incompatible with a society that has no respect for individual liberty. Big government solutions with bureaucratic micromanagement of consumer choices, whether for health care or automobiles, is antithetical to effective capitalism.

The second essential assumption of capitalism is the preference of allocating capital based on productivity or merit rather than force, political power or class.  Failure is essential to freeing up capital from unproductive use and transferring it to productive use. Our bankruptcy system which allows a rapid discharge of debts is a part of the reallocation of capital that makes capitalism work so well. Our legal system understands the importance of failure to a growth economy.

But few countries and cultures are willing or able to accept the pain of failure that is essential to the good health of a capitalist economy.  The acceptance of the doctrine of “too big to fail” is a blatant rejection of this essential element.  Those that are deemed too important to be subjected to the discipline of the market place, will have an advantage and be able to game the political system that protects them.

It is no secret that America’s tremendous economic growth was fueled by these two essential elements of capitalism. Financial bubbles, a civil war and a history of global conflicts proved to be only minor setbacks.  The current administration’s assault on these two elements, however, can prove more damaging than many of these historical crisis we have endured.

Just as an unhealthy diet is very satisfying now, but potentially deadly later; our unwillingness to accept the pain of business failure today seems to only make the next crisis worse.  Our inability to accept short term pain leads only to greater long term pain.