The First Duty of Intelligent Men 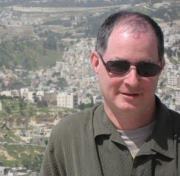 The 24-hour news cycle and its ubiquitous media brings every detail of every issue and policy to us.  Debates limit responses to critical issues to two minutes. Congressional hearings for cabinet nominees are similarly limited.  This precious time is wasted asking irrelevant questions for the purpose of political grandstanding. Otherwise why would Mike Pompeo of the CIA and Ben Carson of HUD be questioned about climate change?

What is lost is any sense of perspective or the larger issues. Occasionally it slips through. When questioned about free college by Bernie Sanders, Betsy Devos responded that nothing is truly free. Orwell noted, “We have now sunk to a depth at which restatement of the obvious is the first duty of intelligent men.”

The big ideas do not happen in news cycles and sound bites. If anything, the daily news is a distraction that allows people to be engaged without thinking.  It misleads with only a part of the truth, feeding outrage without understanding or perspective.  It slays vaporous demons.

Henry Ford adopted the assembly line from an observation of a slaughterhouse.  His innovation reduced the time to produce a car from 12.5 hours to 93 minutes, an eight-fold improvement.  This process was demanding on his workers and he dramatically increased their wages to $5 a day, a very high wage at the time.  The increase was not altruistic as history so often attributes it, but was driven by a dramatic increase in productivity which came from an innovative idea.

Nucor Steel propelled technologies in continuous casting for steel production into a 400% reduction in the man-hours needed to produce steel.  Its guiding leader Ken Iverson saw labor costs dropping below the cost of transportation from overseas.  Technology and innovation secured American steel jobs, not protectionist trade policies. Iverson is deceased and Nucor’s current management no longer shares Iverson’s opinion on trade protectionism, but Nucor remains a largely nonunion company with a high paid and happy workforce.

We all struggle for marginal improvements, but great progress comes from ideas and innovation.  Deirdre McCloskey’s Bourgeois Equality and Bourgeois Dignity illuminates the source of our progress but emphasizes the magnitude. The improvement in human betterment in the last two centuries is so enormous by historical standards, an increase of at least 15-fold, that understanding its source becomes an important line of inquiry.  That this happened in the face of two world wars, multiple genocides, and several depressions makes it more stunning. If our most destructive global events did not stop the march of progress, what effect will trivial Congressional and political bickering have?

If we keep our liberal institutions functioning, our markets flowing, and respect the liberties of everyone this progress will continue.  It will not be consistent or equal and it will certainly not be painless. To the extent that we try to control these three factors (consistency, equality, or discomfort) we tend to retard growth and innovation, but not by much if we retain respect for liberty and dignity.

Our concerns about the cost of health care, pollution, and other social ills are mired in the marginalism of the present.  When we make leaps in the treatment of diabetes, Alzheimer’s, cancer and heart disease- and we will- health care costs will plummet; not because of government policy but despite it.

We can watch the news and cheer our side, and feign outrage at the other, but the net effect is little different than if it was a football game. The choice is not between being uniformed or misinformed; but between big ideas and marginal ones.  You are not likely to find the former on the news.