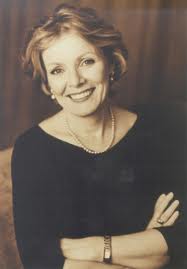 from Peggy Noonan at  The WSJ, What Trump Got That Romney Didn’t:

“Americans are not ideologues,” I wrote. “They think ideology is something squished down on their heads from on high, something imposed on them by big thinkers who create systems we’re all supposed to conform to. Americans are more interested in philosophy, which bubbles up from human beings, from tradition and learned experience, and isn’t imposed.”

People don’t get Trump, he said, because “we really live in a world where everybody thinks that ideology is linear, and that ‘If you answer these 10 questions correctly, that makes you a conservative.’ ” He added, “many people tried to look at the Donald Trump phenomenon through the ideological lenses which had defined previous Republican presidential nominating contests.” But “Donald Trump is postideological.” Which, he said, is why so many Bernie Sanders people liked him.

I see conservatives debating the Carrier decision—the implications of an incoming president persuading, inducing, perhaps to a degree pressuring a company not to leave Indiana. A factory will stay, and perhaps a thousand jobs. It’s not something that can work every day or be done every day, but it’s the right sympathetic symbolism. It’s not bad if people see a shift in decision making from abstract dogma to literal, concrete reality. It’s not bad if someone thinks the federal government is on their side for a change.

Interesting distinction between ideology and philosophy.  Pragmatism that is unmoored from principles is a preferred tool of demagogues.  Used as an exception for political purposes, it may be effective. The danger is that pragmatic gains have short term positive effects, and the rejection of sound principles can cause pain that is much delayed.

Sound political leadership requires a balance that is tough to achieve.  When politics is centered on crisis, we will justify pragmatic approaches and become addicted to crisis to win elections.  Principles will be hard to recover.

Pragmatic decisions are not a unifying departure spanning differing ideologies, but are clearly influenced by the ideology of its proponent. Extended unemployment benefits and lower business taxes can both be justified as pragmatic solutions to counter the pain of unemployment.

The Substance of Populism
Pragmatism and Morals