The Price of Contempt 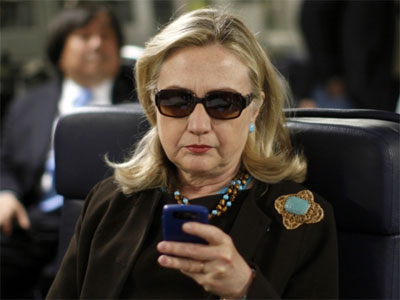 If I could pick one word to describe the upset it would be the word ‘contempt’.

This was a Brexit election, a revolt against the elites, but the problem is not elites.  The founding fathers were elites and a large complex nation and economy will require professional skills and experience that a relative minority possess. The problem is not elites but the contempt that has evolved from an elite that is removed, insulated and tone deaf to the voters who feel the results of their policies and perspective.

Elite does not mean wealth. Plenty of business leaders have obtained signifiant wealth understanding what their customers want. There is difference between thinking you know better how to run my life, and believing have the right to do so.

This revolt against the elite is a voice against the contempt they feel from the leaders.  It is a strong emotion.  It destroys relationships and it is impossible to hide.  Voters sensed Hillary’s contempt long before she made her ‘deplorables’ comment. It only proved what so many already knew. They felt the contempt from Obama as they “clinged to their bibles and guns.”

She showed contempt for the truth so many times it seemed habitual.

Wikileaks showed information that the press never investigated. There were few surprises to those who have followed her career, but we saw the contempt throughout her organization: the contempt Debbie Wasserman Schultz had for fair elections, the contempt Donna Brazille had for honesty. It remains ironic that the media that so protected her ended up avoiding the serious vetting that would have spared the Democrats the embarrassment they harvested.

The voters revolted against the politically correct, shallow cries of racism and white privilege, and sexism as if the progress of the last fifty years has not existed.  Legitimate questions and doubts about AGW make you a flat earther, a religious fanatic, or a stooge of the oil company. Ideas and questions are brushed aside by demonizations.

Dissent from the liberal orthodoxy is branded as anti-intellectual.  Voter behavior is deemed irrational because they vote against their own interests according to some  pundit who claims to know people’s self interests better than they do.

The Clintons’ behavior was tolerated far too long and it only got worse and spawned a culture of corruption.  The compliant media bought her excuses and evasiveness, but the public never did.   They knew that making that kind of fortune that quickly through nothing but political connections smelled rotten. Half of what the right claimed about her was misleading or inaccurate, but the other half was still awful.

The voters felt contempt from the pundits and media who described a view that never matched their own experience.

The Hillary supporters when they recover from their shock will blame Comey, the anti intellectualism in America, religious fundamentalism, racism, misogyny, Fox News, and the obstructionist Republicans.  In doing so they will only add to what cost them this election; contempt.  The surest sign of contempt is refusing to listen to someone, interrupting them to make your point without ever hearing theirs.

If Trump is as horrible as they think, then the race should never have been so close. Perhaps the Democrats were wrong to force the ACA down our throats on straight party lines, ignoring basic economics.  We still remember the contempt from Johnathan Gruber who justified the need to lie because of the stupidity of the American voter.

Contempt has been raining on the middle class for years.  It accumulated to a breaking point last night.

President Trump
The Rebellion Against the Politically Correct