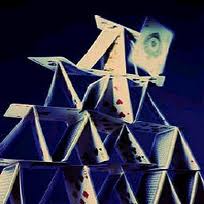 from The Wall Street Journal, The Housing Non Crisis

The home ownership rate is a largely meaningless statistic that has more to do with politics than economics. For starters, it promotes the myth that owning a home is the key to middle-class savings and a driver of economic prosperity.

The home ownership rate becomes destructive to the larger economy when it is used to misallocate resources to housing from other parts of the economy. Government policy heavily subsidizes housing via the mortgage-interest tax deduction, the low down-payment rules of the Federal Housing Administration, and the taxpayer mortgage guarantees of Fannie Mae and Freddie Mac.

When these subsidies were supercharged by the Federal Reserve’s negative interest rate policies in the early and mid-2000s, they created the housing bubble. Those policies misdirected capital away from what might have been more productive economic uses. And in the end they created an unsustainable boom that ultimately took down the entire U.S. economy.

Our concern is that politicians will use the falling home ownership rate to once again ease standards for credit and down payments. Hedge funds and their pals in Congress are already lobbying to restore Fannie and Freddie to their former grandeur as purveyors of private profit but taxpayer risk, and the clamor will grow.

Americans should buy or rent for shelter as they see fit. Politicians should keep their eye on the biggest American problem, which as John Cochrane writes nearby is the historically slow rate of economic growth. The home ownership rate is a false prophet.