How Government Is Becoming Irrelevant 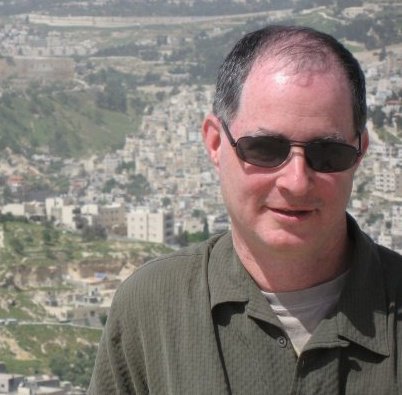 What amazes me in reading twentieth century history is how much incredible progress we made in spite of two horrific wars, massive failures of authoritarian utopian schemes, several major economic collapses, and the rise of tribal violence. Perhaps the difference between an optimist and a pessimist is the time frame.

This incredible progress has reduced poverty as well. The benefits of this growth in wealth has been widely shared. Poor people today have access to technology, art, medical care, and knowledge that the wealthiest could not have imagined a few generations ago.

Deirdre McCloskey has determined in her Bourgeois Equality that the cause of this ‘trade tested betterment’ as she frames it, is a rise in the virtues, dignity and equality afforded to the common man. This unleashing of human potential has propelled progress in a way and on a scale never seen in history. Capitalism is a part of this but more of a means that these bourgeois values utilized.

The results have increased individual wealth tenfold over the same time period that population increased seven fold: a seventy-fold increase in human wealth or betterment. Suck on that, Malthus.

It is this exponential growth in human betterment that has caused the incredible progress in the face of the crisis and violence and government failures of the twentieth century. We have improved not because of the guidance of government and its institutions, but largely in spite of them.

In American history we grew after WW II in the face of high statutory (different from actual) tax rates, and the rise of the regulatory and the welfare state and we thought we could continue to expand both. But we also faced a world and global competitors devastated by war. When they caught up the Progressive State faced some mighty headwinds and still does.

The increase in human betterment was not because of the Progressive State any more than it was because of the global wars. The same trends in Bourgeois Virtues, Bourgeois Dignity and Bourgeois Equality (all of these are the titles of the trilogy from McCloskey), were in place before and has propelled civilization in spite of the trends of government meddling.

While we lament the economic stagnation and growth in inequality we are falling for the fallacy of the short time frame. We are in the throes of new economic trends and we are only seeing the first act of a three act play (a metaphor used by McCloskey).

The information and digital economy has empowered individuals by giving them access to information, connecting them globally, and allowed sharing in a way never envisioned. This has challenged the ability of the Progressive State to regulate. Uber facilitated a sharing and a trust that reached a critical mass before the regulatory state knew what was happening. They reacted in select communities by protecting the special interests of the entrenched cab monopolies rather than the best interest of the majority.

This rejection of the majority interest in favor of special interests betrayed the original values of the early Progressives. And the trust that is engendered in these sharing networks like Uber, Airbnb and others leaves the Progressive State much less relevant. So many of the early regulations sought to protect consumers from unsafe products and predatory financial players. It was not meant to protect consumers from products and services they liked and wanted. Uber actually increases personal safety with fewer DUIs and fewer accidents. The service is much better, the rides are cleaner, and requires no government bureaucracy to oversee. Because there is no cash involved robberies cease, and the tracking online makes the ride safer. Do we really need to protect consumers from cheaper, cleaner, and safer transportation?

In the first act of this revolution these networks that connect and empower consumers go through companies that acquire considerably profitable network monopolies. Facebook, Google, Amazon and their allies control these networks and challenge old thinking of monopolies and consumer interest. They also create vast new arenas that are unregulatable and thus a further challenge to the Progressive State.

All this serves to make the Progressive and Regulatory State even more irrelevant, and this leads me to my wishful thinking; that the government and the political actors become as irrelevant as the Kardashians.

We are seeing a worldwide rejection of the elites, from the American political race to Brexit. And while the old political partisans keep thinking that as bad as their candidate is that the other candidate will put us on the verge of a new dark age, there remains new technology that is advancing mankind in ways that most political actors cannot envision. Just as World War I & II could not stop the advance of mankind neither can the new crop of political meddlers still wishing for a return to conditions that no longer exist. They can slow it down and stuff their pockets from their cronyism and corruption for a while, but the real engine of progress is beyond their control.

The real problem with the political parties is not their inept management, elitist and self-serving dealings, their blatant corruption, and their dismissal and defiance of their constituencies. It is their failure to recognize how irrelevant they are becoming.