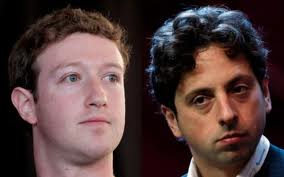 From Joel Kotkin at New Geography, TODAY’S TECH OLIGARCHS ARE WORSE THAN THE ROBBER BARONS

Now from San Francisco to Washington and Brussels, the tech oligarchs are something less attractive: a fearsome threat whose ambitions to control our future politics, media, and commerce seem without limits. Amazon, Google, Facebook, Netflix, and Uber may be improving our lives in many ways, but they also are disrupting old industries—and the lives of the many thousands of people employed by them. And as the tech boom has expanded, these individuals and companies have gathered economic resources to match their ambitions.

And as their fortunes have ballooned, so has their hubris. They see themselves as somehow better than the scum of Wall Street or the trolls in Houston or Detroit. It’s their intelligence, not just their money, that makes them the proper global rulers. In their contempt for the less cognitively gifted, they are waging what The Atlantic recently called “a war on stupid people.”

I had friends of mine who attended MIT back in the 1970s  tell me they used to call themselves “tools,” which told us us something about how they regarded themselves and were regarded. Technologists were clearly bright people whom others used to solve problems or make money. Divorced from any mystical value, their technical innovations, in the words of the French sociologist Marcel Mauss, constituted “a traditional action made effective.” Their skills could be applied to agriculture, metallurgy, commerce, and energy.

In recent years, like Skynet in the Terminator, the tools have achieved consciousness, imbuing themselves with something of a society-altering mission.

Joel confuses two issues but both are worth highlighting.

Unlike the Barons from the previous era they have acquired control of vast networks of individuals (Google, Facebook) with the ability to influence in ways that traditional media and political power brokers could not.  As more and more people get their information from these social networks and each other this has become a unique power that we are only now coming to grips with. In one way they challenge the old media monopolies; and in another way they create new powers to influence.

The second point Kotkin makes is that their new enterprises contribute far less to the increase in overall economic productivity than prior industrial titans did. This reinforces arguments from the left that economic activity and increases in production suffers from structural changes and not the effects of regulatory and political policy that increases friction costs and stifles innovation.  But should we blame the lack in increase in growth and productivity on one sector on the success of another sector?

The problems created by monetary and policy management failures are not the fault of the success of Google and Facebook. To reach this conclusion is to accept zero sum thinking. Perhaps the gains in productivity have simply not YET to be actualized. And perhaps the renewal of growth in the traditional sectors combined with the new technologies of the new sector will stimulate a growth that will dazzle us.