The Essence of Restraint 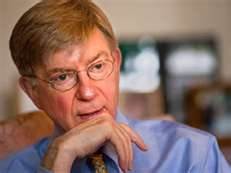 From National Affairs George Will writes The Limits of Majority Rule. :

If the sole, or overriding, goal of the Constitution can be reduced to establishing democracy, and if the distilled essence of democracy is that majorities shall rule in whatever sphere of life where majorities wish to rule, then the Court is indeed a “deviant institution.” But such a reductionist understanding of American constitutionalism is passing strange. It is excessive to say, as often has been said, that the Constitution is “undemocratic” or “anti-democratic” or “anti-majoritarian.” It is not, however, too much to say that the Constitution regards majority rule as but one component of a system of liberty.

Making Elites Feel Better About Themselves
The Appeal of the Apolcalypse