A Veneer of Public Purpose 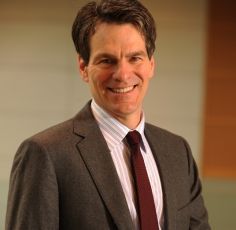 From John Cochrane at The Grumpy Economist, Micro vs. Macro:

The cause of sclerotic growth is the major economic policy question of our time. The three big explanations are 1) We ran out of ideas (Gordon); 2) Deficient “demand,” remediable by more fiscal stimulus (Summers, say) 3); Death by a thousand cuts of cronyist regulation and legal economic interference.

Even the New York Times is waking up to the apres-Obama regulatory deluge.

As these stories make clear, the problem is not benevolent but ham-handed interventionism. The problem, much tougher, is best described as “cronyism.” A veneer of public purpose stifles markets, to drive profits to connected parties in return for political support.

The “ideas” and “stimulus” approaches presume everything else in the economy is working just fine. Is investment really slow only because there are, fundamentally, just no good ideas to invest in any more?

The deeper economic issue is whether “macro” and “growth” outcomes really can be separated from “micro” distortions in each market.