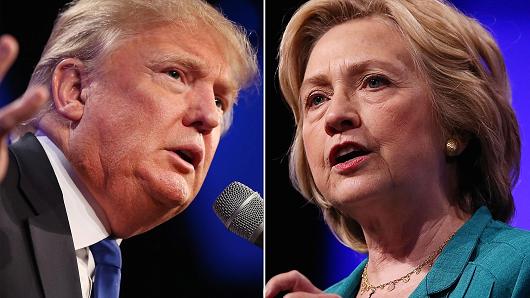 Scott Grannis at Calafia Beach Pundit is one of my favorite economics bloggers. He does not post often, but when he does he produces some real gems.  His work includes illuminating graphs that supports his clear analysis. While I have agonized over the terrible choice we face and lean toward the Libertarian Johnson/ Weld ticket in spite of the overwhelming odds against them, Scott makes a case for Trump.

An excerpt from This election should be about growth–  I encourage you to read to whole post.

I despise Donald Trump as a person (just as I despised Bill Clinton as a person), but I do think both Donald and Bill have a much better understanding of how business and the economy work than Hillary does. If Trump were able to push through a growth agenda, the rewards could more than make up for his failings in other areas. It remains a mystery why Hillary wants to double down on Obama’s failed economic agenda when her husband’s was so different and so much more successful.

To judge from the rhetoric, the election is all about personalities: Hillary is a corrupt liar, Trump is a xenophobic, redneck egomaniac. The list of negatives is long for each. Instead it should be all about which one would be best for the economy. On that score, Trump should win hands down.

The Hypertrophy of Finance
Two Realities