The Beast Is Us 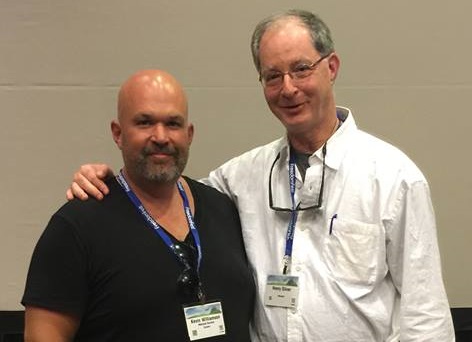 from National Review, Kevin Williamson, Starving the Beast in Kansas:

Unserious men promise to Starve the Beast and balance budgets by eliminating “waste, fraud, and abuse,” the formulation relied upon by, among others, Donald Trump, 2016’s poster-boy for terminal unseriousness. Delusional politicians insist that significant tax cuts can be offset by simple gains in efficiency — but if it were that simple, then why not implement those cost-saving measures first and the tax cuts afterward?

(Answer: Because it is not simple.)

There are gross spending abuses at every level of government, from Harry Reid’s federally subsidized cowboy-poetry festivals to million-dollar paydays for superintendents of small suburban school districts. These are work for the meat cleaver, not the scalpel. But about 80 percent of what the federal government does is Social Security, Medicare, Medicaid and other health-care spending, national defense, and paying interest on debts incurred by previous Congress’s refusal to implement taxes sufficient to pay for that spending. Most of what state and local governments spend their money on is public schools, state universities, police, roads, and ordinary municipal services. Yes, it’s bonkers that Lubbock, Texas, spends about a quarter-million a year on a city manager, but that’s still chump change compared with what schools and police cost.

We are not going to balance the federal budget without cutting Social Security and other popular entitlements as well as the military, and Kansas is not going to bring its spending down to match a lower revenue line without touching education and the roads. It isn’t going to happen.

Yes, conservatives believe in smaller government, but conservatives also believe in prudence — and that our political calculations must in the end take account of reality. And here’s the reality that every politician eventually discovers: You can promise to Starve the Beast, but in the end, the Beast is Us.