The Snake in The Garden 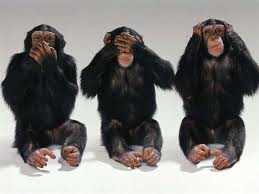 From The Sultan Knish, The Traditionalist Rebel

The traditionalist rebel is the snake in the liberal Eden because he does not have faith in the noble motives of the bureaucratic activists who claim to be the gods of this Eden. He knows enough of human nature to reject the fallacy that the right ideology makes men so righteous that they can be trusted with absolute power without absolute corruption following in their wake. He knows that socialists have not risen above the crimes of selfish self interest that they condemn mankind for.

Their Utopian Eden is a false paradise built on lies and maintained by abuses. It is not the paradise where mankind can return to a state of innocence, but a hell whose innocence is only a willful ignorance of the crimes being committed in its name, whose followers maintain their false virtue through a steady diet of moral outrage over the crimes of everyone but their own superiors and their own ideology.

The traditionalist rebel values innocence, but has learned the lessons of experience. He knows that virtue is an individual struggle and that it cannot be achieved through self deceit. He has learned long ago that we do not become better people by lying to ourselves.

Best post this year- so far. Read the whole piece.