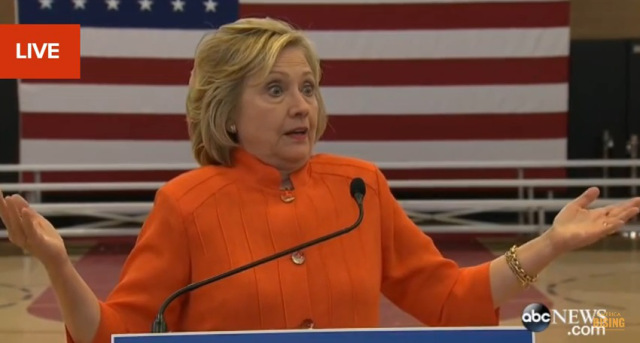 from Bruce Walker at American Thinker, Hillary May Just Be Dumb

Since being first lady, what has Hillary done?  She was elected almost by default as a Democrat to the Senate from New York, a state that last elected a Republican to the Senate in 1992, and then as Obama’s secretary of state.  Her books, of course, are ghostwritten, and her board memberships over the last few decades are meaningless gestures to the wife of a powerful husband.  Hillary has shown in her life no serious intelligence at all.

So might she not just be sort of…dumb?  She is never unscripted, and the script she reads has been written by other people who are smart.  Hillary almost never takes questions, and her responses to the few questions she condescends to answer are profoundly dull.  Hillary’s private email server was a decision that was not just sneaky, but also stupid.  In fact, Hillary’s imploding campaign is entirely the result of self-inflicted wounds.

I have also voiced her less than impressive credentials and intellect. Another I would add is her lack of control of her temper and her very poor sense of humor. Her attempt at humor about Snapchat was clearly scripted and inappropriate. She shares her lack of any ethical center with her husband but possesses none of his charisma or mental capability.