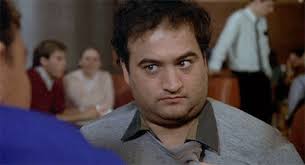 from The New York Times, Stop Universities From Hoarding Money by Victor Fleischer

It’s not even close.

Last year, Yale paid about $480 million to private equity fund managers as compensation — about $137 million in annual management fees, and another $343 million in performance fees, also known as carried interest — to manage about $8 billion, one-third of Yale’s endowment.

In contrast, of the $1 billion the endowment contributed to the university’s operating budget, only $170 million was earmarked for tuition assistance, fellowships and prizes. Private equity fund managers also received more than students at four other endowments I researched:Harvard, the University of Texas, Stanford and Princeton.

Endowments are exempt from corporate income tax because universities support the advancement and dissemination of knowledge. But instead of holding down tuition or expanding faculty research, endowments are hoarding money. Private foundations are required to spend at least 5 percent of assets each year. Similarly, we should require universities to spend at least 8 percent of their endowments each year.

Despite the success of its endowment, in 2014 Yale charged its students $291 million, net of scholarships, for tuition, room and board.

In 2012, Harvard spent about $242 million from its endowment on tuition assistance; in 2014, it paid $362 million in private-equity fees, and nearly $1 billion in total investment management fees.

Smaller institutions aren’t any better. The University of San Diego, where I teach, spent about $2 million from the endowment on tuition assistance in 2012, compared with $5 million in private-equity fees in 2014 and $13 million in overall investment management fees.

A Change in Consumer Patterns
The Cash Economy and Inequality