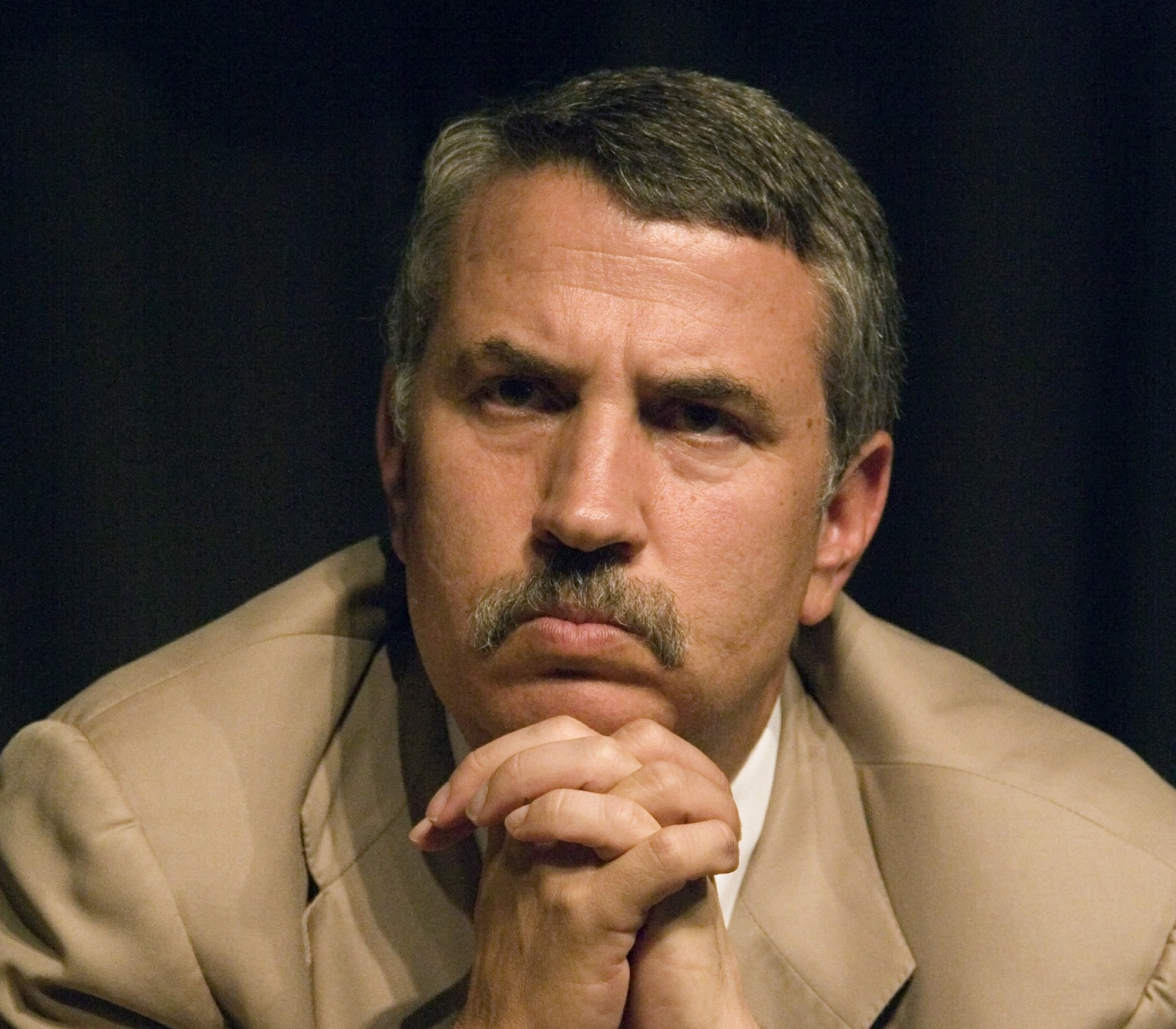 But can they (the GOP candidates) run, win and govern from the center-right when the base of their party and so many of its billionaire donors reflect the angry anti-science, anti-tax, anti-government, anti-minorities, anti-gay rights and anti-immigration views of the Tea Party and its media enforcer, Fox News?

Bernie Sanders notwithstanding, the Democratic Party is still dominated by its center-left — Barack Obama and Hillary Clinton. In today’s G.O.P., the far-right base is setting the agenda.

Allow me to retort:

Friedman is considered a stellar thinking intellectual by the left. To me and to so many of the right he is typical of the arrogant, smug, elitists whose comments are anything but intellectual, informative, or even accurate.  It reflects a bias so deeply held it is blinding. It appears so shallow that it seems he is quoting A Liberal Playbook written by some left wing party hack.  He seems void of any intellectual insight or original opinion.

This attitude is repeated in the pages of the New York Times by Paul Krugman and Maureen Dowd.  Snarky sarcasm and demonization replace insight or wit.  They repeat these trite and juvenile lines to the sycophants of the left.

The mindless left reads this and cheers, “Yeah. That is speaking truth to power!”

Bullshit, they are just speaking truth to morons. And truth means whatever they want to believe that justifies their shallow view of the world.

Now there are blocks of the GOP that I strongly disagree with.  And there are some pretty stupid things often said by some of the politicians and pundits on the right. But if I were to paint the entire left with a similarly stereotyping brush it would read like this:

In my example I am not describing some fringe group,  but in most of these examples I am describing the thinking of the leading Democratic candidate.  That would concern me far more than the disenchanted who support Trump. Twenty precent of the people are perpetually pissed off about everything.

Friedman wastes valuable space to perpetuate juvenile stereotypes and avoid original thought. There is no insight, illumination, understanding, or depth.   Such a prestigious paper as The New York Times deserves better than this. They ought to demand it.