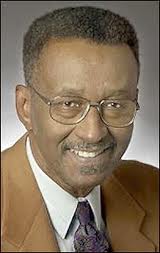 a bit of American History from Walter Williams at Townhall in Historical Ignorance:

The 1783 Treaty of Paris ended the war between the colonies and Great Britain. Its first article declared the 13 colonies “to be free, sovereign and independent states.” These 13 sovereign nations came together in 1787 as principals and created the federal government as their agent. Principals have always held the right to fire agents. In other words, states held a right to withdraw from the pact — secede.

During the 1787 Constitutional Convention, a proposal was made that would allow the federal government to suppress a seceding state. James Madison rejected it, saying, “A union of the states containing such an ingredient seemed to provide for its own destruction. The use of force against a state would look more like a declaration of war than an infliction of punishment and would probably be considered by the party attacked as a dissolution of all previous compacts by which it might be bound.”

In fact, the ratification documents of Virginia, New York and Rhode Island explicitly said they held the right to resume powers delegated should the federal government become abusive of those powers. The Constitution never would have been ratified if states thought they could not regain their sovereignty — in a word, secede.

On March 2, 1861, after seven states seceded and two days before Abraham Lincoln’s inauguration, Sen. James R. Doolittle of Wisconsin proposed a constitutional amendment that read, “No state or any part thereof, heretofore admitted or hereafter admitted into the union, shall have the power to withdraw from the jurisdiction of the United States.”

Several months earlier, Reps. Daniel E. Sickles of New York, Thomas B. Florence of Pennsylvania and Otis S. Ferry of Connecticut proposed a constitutional amendment to prohibit secession. Here’s a question for the reader: Would there have been any point to offering these amendments if secession were already unconstitutional?

On the eve of the War of 1861, even unionist politicians saw secession as a right of states. Rep. Jacob M. Kunkel of Maryland said, “Any attempt to preserve the union between the states of this Confederacy by force would be impractical, and destructive of republican liberty.”

If the toxic subject of slavery was not a part of the civil war how would history’s view of it change?

print
The Regressive Lottery
The Unchecked Will of The Majority