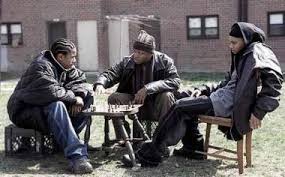 The minimum wage law and other labor regulations have cut off the bottom rungs of the economic ladder. Put yourself in the place of an employer, and ask: If I must pay $7.25 an hour — plus mandated fringes, such as Social Security and workers’ compensation — would it pay me to hire a worker who is so unfortunate as to possess skills that enable him to produce only $5 worth of value per hour? Most employers view that as a losing economic proposition. Thus, the minimum wage law discriminates against the employment of low-skilled workers, who are most often youths — particularly black youths.

The little bit of money a teenager can earn through after-school, weekend and summer employment is not nearly so important as the other things he gains from early work experiences. He acquires skills and develops good work habits, such as being prompt, following orders and respecting supervisors. In addition, there are the self-respect and pride that a youngster gains from being financially semi-independent. All of these gains from early work experiences are important for any teen but are even more important for black teens. If black teens are going to learn anything that will make them a more valuable employee in the future, they aren’t going to learn it from their rotten schools, their dysfunctional families or their crime-ridden neighborhoods. They must learn it on the job.

While many may benefit from a higher minimum wage certainly one group that will not is the black youth and other youth shut out of their first job.  That job is often the last opportunity to learn how the world works.