From Ineligible to Inevitable 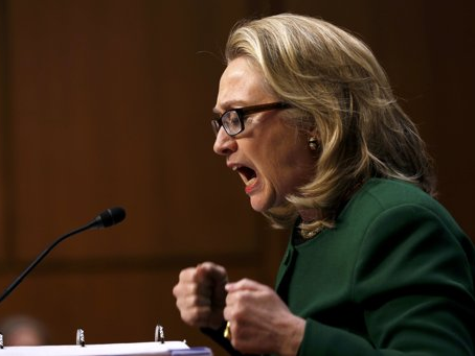 from  Peggy Noonan at The Wall Street Journal, Stuck in Scandal Land

Sixteen years ago, when she was first running for the Senate, I wrote a book called “The Case Against Hillary Clinton.” I waded through it all—cattle futures, Travelgate, the lost Rose law firm records, women slimed as bimbos, foreign campaign cash, the stealth and secrecy that marked the creation of the health-care plan, Monica, the vast right-wing conspiracy. As I researched I remembered why, four years into the Clinton administration, the New York Times columnist William Safire called Hillary “a congenital liar . . . compelled to mislead, and to ensnare her subordinates and friends in a web of deceit.”

Do we have to go through all that again?

In 1992 the Clintons were new and golden. Now, so many years later, their reputation for rule breaking and corruption is so deep, so assumed, that it really has become old news. And old news isn’t news.

An aspect of the story goes beyond criticism of Mrs. Clinton and gets to criticism of us. A generation or two ago, a person so encrusted in a reputation for scandal would not be considered a possible presidential contender. She would be ineligible. Now she is inevitable.

Why Government is not the Answer
Downton Abbey America