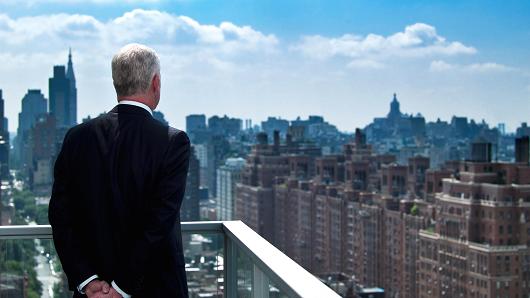 The most profound level of inequality and bifurcated class structure is found in the densest and most influential urban environment in North America— Manhattan. In 1980, Manhattan ranked seventeenth among the nation’s more than 3,000 counties in income inequality; by 2007 it ranked first, with the top fifth of all households earning 52 times that of the lowest fifth, a disparity roughly comparable to that of Namibia. 23 Manhattan’s GINI index now stands higher than that of South Africa before the apartheid- ending 1994 election. If Manhattan were a country, it would rank sixth highest in income inequality in the world out of more than 130 for which the World Bank reports data.

Indeed, in some of the most heralded “creative class” cities, both struggling ethnic newcomers and African Americans not only are economically marginalized but are becoming a smaller percentage of the population as costs have risen and good job opportunities have shrunk. Cities such as New York, Chicago, Philadelphia, and Boston , notes a 2013 Urban Institute study, are generally also the places where African American and Latino incomes most lag those of whites. Notwithstanding the rhetoric, much of the “hip and cool” world increasingly consists of monotonic “white cities” with relatively low, and falling, minority populations.  San Francisco, Portland, and Seattle, for instance, achingly political correct in theory, are actually becoming whiter and less ethnically diverse as the rest of the country diversifies.

Ex NYC mayor Bloomberg wants more billionaires in NYC.  He explained “They are the ones that pay a lot of the taxes. They’re the ones that spend a lot of money in the stores and restaurants and create a big chunk of our economy,” he said. “And we take tax revenues from those people to help people throughout the entire rest of the spectrum.”

Isn’t this the essence of trickle down economics that the left criticizes so harshly?  The Laffer Curve is not about trickle down economics. It is about applying basic economic reason to the tax rate.  Higher taxes are a disincentive to earn more, especially if the marginal tax rate- the rate on the next dollar of income- is too high.  I would include other friction costs as well. Lower taxes CAN (but do not always) result in increased revenue.  It is ironic that this administration’s policies are more “trickle down” oriented and inequality has grown at a greater rate.