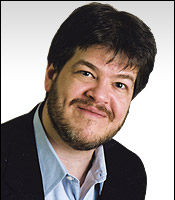 From Jeff Jacoby at The Boston Globe, White racism has all but disappeared from US politics
excerpt:

Black turnout has been rising everywhere, even in states dominated by Republicans. Jason Riley, author of the new book Please Stop Helping Us, observes that the trend “was most pronounced in red states like Alabama, Kentucky, and Mississippi,” and that black voter turnout in 2012 surpassed white turnout by statistically significant margins … [even] in states with the strictest voter-ID laws.” When skeptical researchers at PolitiFact dug into Riley’s claim, they rated it True.

There wasn’t much joy for Obama or his party in last November’s midterm elections, but the evidence of democratic engagement among African Americans showed no signs of letup. Overall, black turnout accounted for a higher share of the vote in 2014 than it had in 2010. Once again, it was hard to find significant evidence that voter-ID laws stifled voting, even in GOP strongholds. Looking at seven states below the Mason-Dixon Line, Bloomberg writer Francis Barry found that “the states with a voter-ID requirement, including Louisiana and Florida, had the highest turnout rates; the two states where no ID is required — Maryland and North Carolina — had the lowest.”