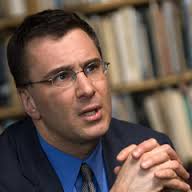 From National Review Matthew Continetti writes Liberalism is a Hoax.

It is sometimes difficult to understand that, for the Left, racism and sexism and prejudice are not ethical categories but political ones. We are not merely talking about bad manners when the subject turns to Michael Brown or UVA or Thomas Piketty. We are talking about power.

“The new elite that seeks to supersede the old one, or merely share its power and honors, does not admit to such intention frankly and openly,” writes Vilfredo Pareto. “Instead it assumes the leadership of all the oppressed, declares that it will pursue not its own good but the good of the many; and it goes to battle, not for the rights of a restricted class but for the rights of almost the entire citizenry.”

Such is the conduct of our new elite, the archons and tribunes of the “coalition of the ascendant,” which proclaims itself the advocate of minority rights, of the poor, of the sick, as it entrenches its power and furthers its self-interest.

For an example of that rising and fabulist elite, look no further than Jonathan Gruber, the MIT economist who in a 2013 speech confided that the passage of Obamacare was due to a “lack of transparency” and “the stupidity of the American people or whatever.” Here is a highly compensated professional, who has received close to $6 million in consulting fees from state and federal government, admitting to like-minded audiences that the Obama administration rigged the process at the Congressional Budget Office, and that the law was written so if states did not establish health exchanges they would not receive Medicaid subsidies (the government is now arguing the opposite before the Supreme Court).

The response? More lies: Nancy Pelosi says she’s never heard of Gruber, and the president and his former secretary of Health and Human Services minimize his role in creating their signature legislation. (Gruber visited the White House, including the Oval Office, more than 20 times.) Gruber hasn’t been delivering speeches over the last few years. He’s been delivering confessions. And his words only embitter the recollection of other Obamacare promises that have been exposed as false: that the law would cut the deficit, that it would lower health care premiums by $2,500, that if you like your plan you can keep your plan.

We are foolish to believe that human and moral shortcomings in the free market are somehow absent in the political sphere.  We are also foolish not to recognize that these failures are held to greater accountability when they are not protected by political favoritism.