Myths to Serve a Social Purpose 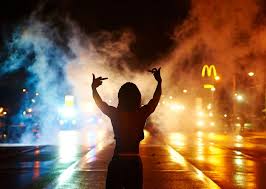 Victor Davis Hanson writes Lying for the Cause in The National Review.  I was considering a piece on the recent accumulation of lies befalling the progressive movement, but there is nothing I could write than could touch Hanson’s piece.

Excerpts: (but do read the whole article)

From the details of Rigoberta Menchú’s memoir, to Tawana Brawley’s supposed rape, to the O. J. “If it doesn’t fit, you must acquit” myth, to the open-and-shut case of the hate-crime crucifixion of Matthew Shepard by savage homophobes, to Dan Rather’s fake but accurate National Guard memo, to the Duke lacrosse team’s supposed racist raping, to Barack Obama’s autobiographic interludes with his girlfriend, to Scott Beauchamp’s “true” stories of American military atrocities in Iraq, to Lena Dunham’s purported right-wing sexual assaulter at Oberlin College (home of the 2013 epidemic of pseudo-racist graffiti), to the pack of University of Virginia fraternity rapists on the loose, to “Hands up, don’t shoot,” we have come to appreciate that facts and truth are not that important, if myths can better serve social progress or the careers of those on the correct side of history.

Why is there this overarching need to fabricate iconic race, class, gender, and political victims when Western capitalist society supposedly should offer enough pathologies without having to invent any?

One, 21st-century America is not quite the racial cauldron of the 1960s. It is not the 1930s Depression-era world of Steinbeck. And it is not the 1950s straitjacket of housewives all but jailed in tiny suburban boxes. In 2014, the enemy is too much food, not too little, as obesity, not malnutrition and a dearth of calories, is the far more deadly killer of the underclass. More women now graduate from college than do men. Looting an Apple Store or stealing Air Jordans is more common during rioting than carrying off sacks of rice and beans from Costco.

At the heart of modern progressivism is an “ends justify the means” mentality.  Lies are merely myths to serve a greater purpose.

Top Down Capitalism
An Economy of Trust