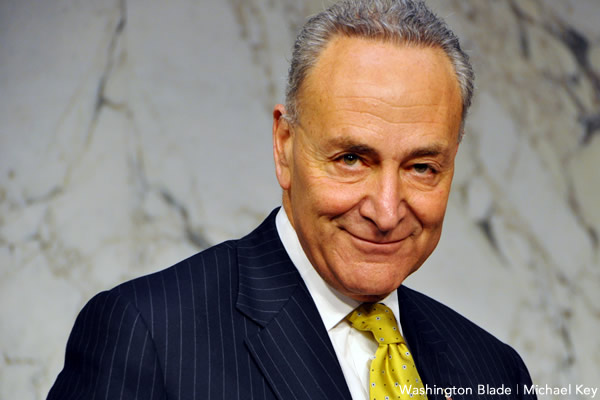 Chuck Schumer lays a harsh and accurate assessment on his fellow Democrats.

The Senator called the law a distraction from the “middle-class-oriented programs” his party should have pursued after 2008: “Unfortunately, Democrats blew the opportunity the American people gave them. We took their mandate and put all of our focus on the wrong problem: health-care reform.”

Mr. Schumer said he still supported the entitlement’s goals, but “it wasn’t the change we were hired to make. Americans were crying out for the end to the recession, for better wages and more jobs.” We’re glad he’s finally taking our advice from 2009-2010.

Ever the politico, Mr. Schumer put the problem to Democrats in terms crass enough for them to understand—“only a third of the uninsured are even registered to vote,” he said, and only “about 5% of the electorate” benefits from the entitlement. “To aim a huge change in mandate at such a small percentage of the electorate made no political sense.”

Mr. Schumer is still missing the crucial point. ObamaCare is not merely a disaster for big government but a disaster of big government. The law is unpopular because its mandates, taxes and central planning are harming the economy and the insurance and medical care of average Americans.

He is spot on in my opinion.  There are many improvements in the economy from the bottom when he was first inaugurated, but the critical flaw that cost them dearly was the stagnation and decline in middle class VOTERS’ incomes. This is why so many feel we are still in a recession even though all of the technical data indicates otherwise.

The political lesson the GOP should study as well is that a broad victory is not a mandate to do whatever you want.  The winners need to remain humble (if they ever were) and listen.  It is important to have a broad representation in the cabinet, not just of the ethnic and special interests, but of the intellectual ideas we hold.  Obama’s administration represented a far too narrow cross section of the electorate, and much of the media (except Fox)  never held his administration accountable until the failures mounted and became impossible to ignore.