The War on the Middle Class 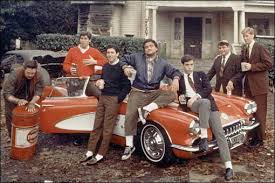 In mid-October, Hillary Clinton gave a short lecture at the University of Nevada at Las Vegas bewailing the crushing costs of a university education. “Higher education,” Clinton thundered, “shouldn’t be a privilege for those able to afford it.”

One reason tuition and student indebtedness have soared — UNLV’s tuition is set to go up by 17 percent next year — is that universities pay exorbitant fees to multimillionaire speakers like Hillary Clinton. College foundations sprout up to raise money for perks that might not pass transparent university budgeting. Clinton — or her own foundation — reportedly charged a university foundation $225,000 for a talk lasting less than an hour. For that sum, she could have paid the tuition of over 320 cash-strapped UNLV students. Is there a Clinton Tuition Fund, to which Hillary contributes a portion of her honoraria to exempt herself from the ramifications of her own accusations?

Could not Barack Obama blast billionaires somewhere else than at the homes of billionaires? If Hillary Clinton is going to deplore high college costs, could she not settle for $25,000 an hour rather than ten times that? Could not Mark Zuckerberg live among those he champions rather than driving up housing prices by buying a multimillion-dollar housing moat around his tony enclave? If Joe Biden swears that hedge funds and Wall Street are toxic, mightn’t he at least first advise his brother and son to steer clear of such tainted cash?

Modern liberalism is an ideology of the super-wealthy in alliance with those who need government assistance — often in opposition to the less liberal middle class, which bears the brunt of higher taxes, more regulations, and zero interest on savings. The vast growth of local, state, and federal government and their workforces, the huge increase in pensions and benefits, the spectacular rise in the number of people on government support, coupled with zero interest for those with modest savings, represents a huge transference of wealth from the middle class to those classes beneath them — even as the resulting booming stock market has enriched the already rich. In some sense, strident populist rhetoric is a psychological tic, an acknowledgment that Obama progressivism has all but destroyed the middle class. When Hillary Clinton and Mark Zuckerberg talk like populists, then we know populism is dead.