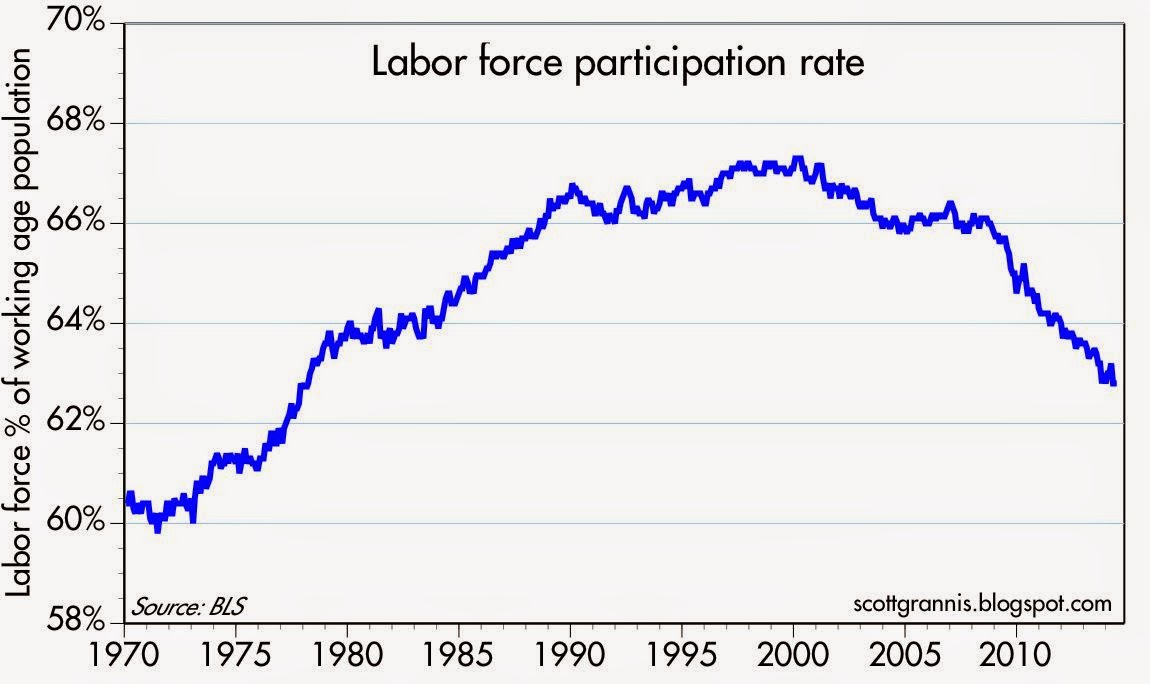 The next most distinctive feature of the current recovery is the unprecedented decline in the labor force participation rate, shown in the graph above. Beginning in 2009, some 7 million people of working age have dropped out of the labor force or given up looking for a job. But why? One standard answer is demographics—the baby boomer generation is starting to retire. But demographics don’t turn on a dime, they take many years to play out. In contrast, the current and ongoing decline in the labor force participation rate started rather suddenly in 2009.

One reason transfer payments reached unprecedented levels in 2009 was the Emergency Unemployment Claims program that Congress passed in 2008. Never before could people receive unemployment insurance benefits for so long—up to 99 weeks and even more. This program alone accounted for a $90 billion increase in transfer payment spending in the 12 months ended September, 2009. Spending peaked shortly thereafter, however, then declined by a $100 billion annual rate between early 2010 and  the end of last year, when the program expired. It’s not contributing to transfer payments any more, but nevertheless they have remained historically very high. One out of every five dollars that consumers have available to spend is coming from the government, with no requirement to work.

I am reasonably convinced that a significant increase in government transfer payments, combined with higher marginal tax rates, have created, on the margin, important disincentives to work, and that, in turn, is an important driver of the ongoing decline in the labor force participation rate.

Under the Cover of Altruism
The New Willing Executioners