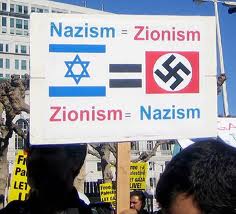 Where anti-Semitism is gaining market share today is not among those who yell “Heil Hitler” or demonize Jews as Christ-killers. The oldest and most protean of hatreds has assumed a new form for a new age: hostility to Zionism and Israel. The classic anti-Semitic motifs — Jews are aliens, Jews are murderous, Jews are rapacious, Jews are disloyal, Jews manipulate governments — have been repurposed for a post-Holocaust generation that speaks with a post-Holocaust vocabulary.

Sophisticated and educated Westerners today know better than to blame “the Jews” for society’s ills, or to suggest that the best solution to the “Jewish Problem” is for Jews to disappear. But it is widely acceptable in many circles to debate whether the world’s only Jewish state has a right to exist. Or to insist that much of the Middle East’s turmoil would be resolved if only that Jewish state would make peace with its enemies by conceding to their demands. Or to claim with a straight face, when Israel defends itself against Arab and Islamist violence, that it is behaving as the Nazis did.

This helps explain why anti-Semitism soared in recent years even as Palestinian terrorism against Israel soared. For if Zionists are tantamount to Nazis — if the Jewish state is the equivalent of Hitler’s Germany — then decent people everywhere must oppose it. Through endless repetition of the most odious “Israelis = Nazis” canards, the memory of the most lethal horror ever inflicted on the Jewish people has been transmuted into a new bludgeon with which to batter them. Meanwhile, waves of incitement build against the largest Jewish community on the planet, whipped up by enemies who make no secret of their ultimate goal: to annihilate it.

Thus does the old plague bacillus of anti-Semitism mutate and flourish once again, in the very shadow of the Holocaust memorials put up as a warning of what unchecked Jew-hatred can lead to. Truly, it is diabolical.