More on the Minimum Wage 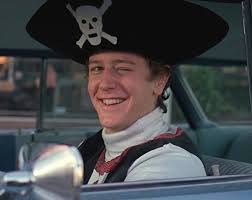 from The Federalist, 11 Facts About The Minimum Wage That President Obama Forgot To Mention:

Further on the subject from Jeffrey Dorfman at Forbes, Almost Everything You Have Been Told About The Minimum Wage Is False:

First, people should acknowledge that this rather heated policy discussion is over a very small group of people. According to the Bureau of Labor Statistics there are about 3.6 million workers at or below the minimum wage (you can be below legally under certain conditions). That is 2.5 percent of all workers and 1.5 percent of the population of potential workers. Within that small group, 31 percent are teenagers and 55 percent are 25 years old or younger. That leaves only about 1.1 percent of all workers over 25 and 0.8 percent of all Americans over 25 earning the minimum wage.

Within that tiny group, most of these workers are not poor and are not trying to support a family on only their earnings. In fact, according to a recent study, 63 percent of workers who earn less than $9.50 per hour (well over the minimum wage of $7.25) are the second or third earner in their family and 43 percent of these workers live in households that earn over $50,000 per year. Thus, minimum wage earners are not a uniformly poor and struggling group; many are teenagers from middle class families and many more are sharing the burden of providing for their families, not carrying the load all by themselves.

Demagoguing the minimum wage sounds good and plays well to liberal posers, but does very little for very few people, and the people who benefit are at least offset by those who suffer.So why does the president push it?  I would guess that it is good political theater and helps him to paint his GOP opposition as opposing the working class, a dog eared chapter from the liberal playbook, cheering actions without results, and content to preach without actually helping anyone.

And it could be a bone thrown to his strongest crony constituency, the unions:

from Richard Berman at the Wall Street Journal, Why Unions Want a Higher Minimum Wage-Labor contracts are often tied to the law—and it reduces the competition for lower-paying jobs.

Failure Makes Us Rich
The Minimum Wage and Productivity