Why We Lost the War on Poverty 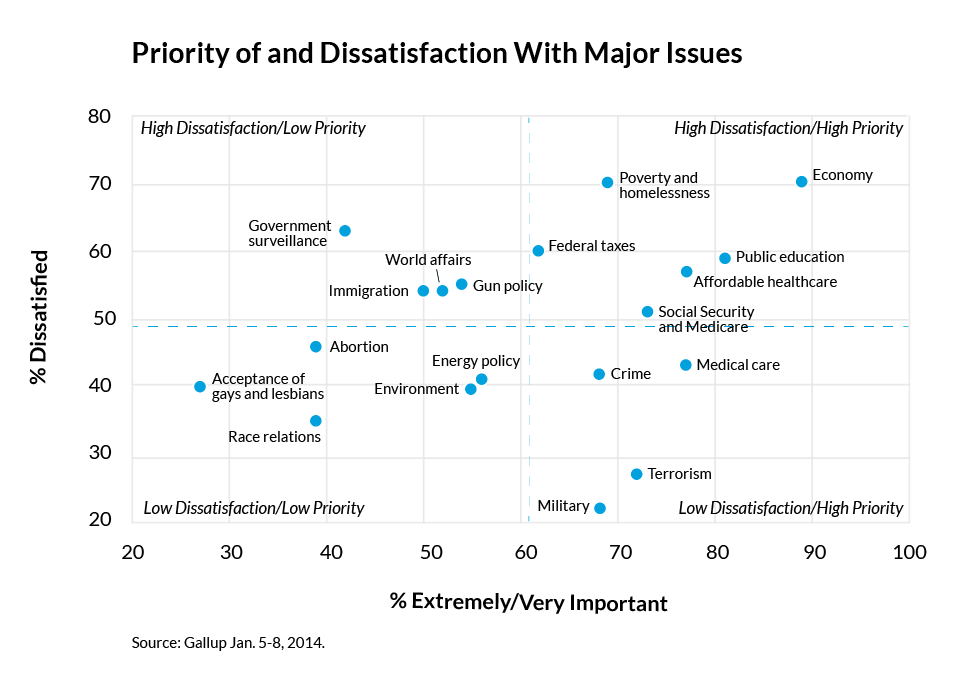 Similarly, immigration reform, gun policy, and government surveillance join the environment as “low priority” issues that have garnered intense Congressional debate in recent years. Issues that concern the public today most prominently are economic growth, affordable healthcare, public education, and poverty. Congress needs to get its priorities straight and focus on the topics that the American public is most focused on.

A Socialism Spill on Aisle 9

The progressive law professors, who are currently the only thing standing between the working class and the abyss, at least according to other progressive professors, not only haven’t worked for a living, but don’t know what working for a living entails and don’t even understand the concept. Other things that they don’t understand include personal responsibility, consequences, elementary arithmetic and human free will.

That last one never fails to throw them for a loop. No sooner do they pass some comprehensive plan intended to ameliorate a terrible problem then they discover that the working people have made a hash out of it. But they never despair because they are certain that there is no progressive solution that cannot be fixed by an even more comprehensive progressive solution.

print
Why Is This Bill (ACA) Different?
Incentives to Manipulate