Shedding Light on the Minimum Wage 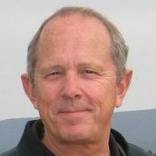 But don’t take my word for it, just look at the facts as calculated by the BLS, in their Characteristics of Minimum Wage Workers 2012: