The Unique Challenge of Overturning Obamacare 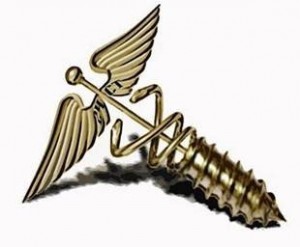 From The Weekly Standard, Killing Obamacare by Jay Cost:

Why should we believe that the federal government is remotely capable of managing something as complicated as American health care? The complexities of the task make a mockery of the very notion of “expertise.” The disastrous rollout of the health insurance website indicates quite clearly the hubris of governmental experts who populate Washington, D.C., these days. Moreover, it is only a matter of time until perverse second-, third-, and fourth-tier effects of this law undermine its goals. Already, there is plenty of evidence that Obamacare, like the AAA and NIRA, invites political interference. Politically connected groups like unions and large businesses have received exemptions that average people simply cannot enjoy. And politics heavily influenced the implementation timeline, which was set to culminate almost at the midpoint between two national elections.

But the NIRA and AAA could be abandoned because at their core they did not extend individual rights, and thus did not create new political clients dependent upon government services. Obamacare does precisely that. It uses First New Deal methods to accomplish a Second New Deal goal. That will complicate efforts to repeal and replace the bill when (not if) it falters. A lot of people will receive federal benefits because of it, and the experience of Social Security, Medicare, and scores of other programs demonstrates that, once in place, they cannot be easily altered.

This is why conservatives—at the grassroots or inside the Beltway—cannot blithely assume they will be able to undo Obamacare. This is not simply a matter of individual freedom or efficiency in the provision of health services, as conservatives so often argue. This is a law that promises to do something the government has never successfully accomplished during peacetime. Even so, it will work for some people, and history shows that a motivated minority who receive direct benefits from Uncle Sam can prevent commonsensical changes to their precious programs, even to the detriment of the public good.

Obamacare, in other words, combines the worst bureaucratic innovations with the best political innovations of the last century. Conservative leaders have never faced a foe quite like this, and must rise to the occasion. So far, they have failed. There is nothing in the movement’s political playbook that comes close to an adequate strategy for opposing this behemoth, and the recent shutdown only confirms that the Republican party’s leadership is unprepared for the challenge they face. They must do better, for this law is more injurious than they know.

The First New Deal was a disaster of micromanagement government control.  The Second New Deal bestowed benefits to constituents, and true costs were widely separated in time from the benefits (but were there just the same)   that made it very hard to ever overturn politically.  Obamacare combines these two to create a very destructive program that will be hard to overturn.  It is a difficult challenge and requires a focus of effort (meaning the sacrifice of other goals) to effectively address.

Wrong is Different from Evil, But It’s Still Wrong
The Permanent Bureaucracy