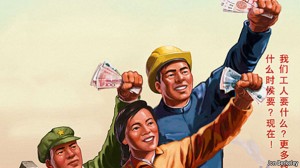 As a matter of principle, however, the Chinese leadership is betting on the possibility of sustaining economic liberty without political liberties. It is currently willing to risk its future without the checks and balances built into a republican form of democracy. I judge that this project will not be successful. Once there are a sufficient number of successful entrepreneurs, they will see that in important respects they are smarter and larger in mental horizon than the party commissars. They will resent the errors made by apparatchiks. They will demand their own representation in national decisions — that is, representative government with its checks and balances. I may be wrong about this. Empirical experience will be decisive.

Yet, notwithstanding what happens in China, the sad fact is that almost everywhere in the world today, systems properly called capitalist and democratic are facing grave difficulties. Here the crucial principle to emphasize is that the concept of democratic capitalism is threefold. Democratic capitalism is a system of political economy constituted by three relatively independent systems: the freeeconomy, the free polity (under limited government and the rule of law), and a freesystem of moral and cultural institutions. The third system includes scientific and artistic institutions, plus even more basic institutions such as families and churches. And it includes all the free associations and organizations of civil society. These are the very institutions that inculcate the public virtues necessary for an inventive and creative economy, and also for a virtuous, vigilant, properly checked, and limited polity.