The Great Error of Keynesian Economists 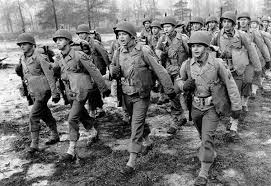 “Or is all that just pie in the sky? Economists are usually pessimists. They believe in the intractability of existing conditions, whether the inflation of the 1970s or the deficits of today. But here again, a glance at history is instructive. Massive improvements have in fact been quickly achieved with a reversal of policy. After World War II, when ten million demobilized servicemen returned to an economy that had to be converted from a garrison state to civilian needs, economists steeled themselves for a renewed depression. A sweeping Republican victory in the Congressional election of 1946, however, brought an end to the wartime government-planning regime. Dropping from 42 percent of GDP to 14 percent, government spending plummeted by a total of 61 percent between 1945 and 1947. One hundred fifty thousand government regulators were laid off, along with perhaps a million other civilian employees of government. The War Production Board, the War Labor Board, and the Office of Price Administration were dismantled.

Every Keynesian economist confidently predicted doom. Sounding exactly like his future student Paul Krugman, who would beg Obama for trillions in additional “stimulus” spending, Paul Samuelson in 1945 prophesied “the greatest period of unemployment and dislocation which any economy has ever faced.” Arnold Kling of the Cato Institute has observed that “as a percentage of GDP the decrease in government purchases was larger than would result from the total elimination of government today.”

“As Paul Krugman points out, nominal GDP, as measured by economists, did drop a record 20.6 percent in 1946 when government spending plummeted. But a drop in government spending after a war does not depress private creativity; it unleashes it. Judging the public-sector contribution by its cost is the great error of Keynesian economics. With the rearview perspective of a CFO contemplating last year’s data, economists pondering the statistics of 1946 missed everything that was going on. GDP cannot capture the reality of an economic transformation because it necessarily misses the drastic changes in the noosphere—the subjective realm of ideas and attitudes, goals and inspirations that determine the worth of all spending in the economy.”

Check out this book on the iBooks Store: https://itunes.apple.com/WebObjects/MZStore.woa/wa/viewBook?id=56110300

Three Legs of Democratic Capitalism
Political Science of the IPCC