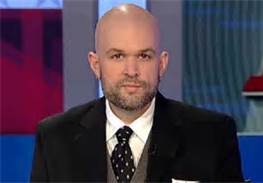 Kevin Williamson writes The Front Man in The National Review, 8/5/2013

Barack Obama’s administration is unmoored from the institutions that have long kept the imperial tendencies of the American presidency in check. That is partly the fault of Congress, which has punted too many of its legislative responsibilities to the president’s army of faceless regulators, but it is in no small part the result of an intentional strategy on the part of the administration. He has spent the past five years methodically testing the limits of what he can get away with, like one of those crafty velociraptors testing the electric fence in Jurassic Park. Barack Obama is a Harvard Law graduate, and he knows that he cannot make recess appointments when Congress is not in recess. He knows that his HHS is promulgating regulations that conflict with federal statutes. He knows that he is not constitutionally empowered to pick and choose which laws will be enforced. This is a might-makes-right presidency, and if Barack Obama has been from time to time muddled and contradictory, he has been clear on the point that he has no intention of being limited by something so trivial as the law.

Kevin’s article is well worth reading in its entirety.

In a similar vein Charles Cooke writes The Living Law in The National Review.

It is a small jump from regarding the Constitution as “living” — as swathes of the will-to-power Left unashamedly do — to regarding legislation as “living,” too. This is a jump that many appear to have made. One of the more insidious developments of this presidential era has been the replacement of prescriptive, detailed, and fixed domestic law with bloated and open-ended legislation that is punctuated ad nauseam with instances of “the secretary shall.” As my colleague Andrew Stiles has noticed, the Senate’s desired immigration bill fits this new model of “living law” perfectly. He writes:

The 844-page bill contains 129 instances of what the DHS secretary “shall” do to implement its myriad provisions, 102 mentions of what she “may” do, and 35 cases in which implementation will be based on what the secretary “determines.” On five occasions, the bill affirms the DHS secretary’s “unreviewable discretion” to waive or alter certain provisions as she sees fit.

This should come as no great surprise to anyone. Obamacare, which makes the Senate’s immigration bill look like an exercise in legislative restraint, contains over 2,500 references to the secretary’s discretion, 700 cases in which the secretary “shall,” 200 instances in which the secretary “may,” and 139 cases in which the secretary “determines.” Its twin, Dodd-Frank, which effectively allows an unelected Consumer Financial Protection Bureau to police the personal-finance sector, is little different, aggregating the power of the three branches into one, stripping Congress of its traditional capacity to set an agency’s budget and severely limiting the courts’ opportunity to review the CFPB’s legal interpretations. This is law, Jim — but not as we know it.

This administration has become adept at using the law to subvert the law.