In the Face of Irrefutable Evidence 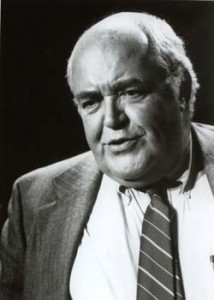 At an address at a YPO meeting in 1997 at Washington and Lee, Journalist and columnist Jack Germond used the following illustration:

A man awoke one morning to his alarm. The time was 5:55 AM. He went to the bathroom where an indoor /outdoor thermometer showed the outdoor temperature to be 55 degrees. His calendar on his wall showed that today was May the 5th. Today seemed ominous.
He reviewed his appointment book and it showed his first appointment was on 55 5th Avenue. He hailed a cab and cab No.55 arrived to pick him up. He gave him his destination and in 5 minutes he arrived at his destination. The cab fare was $5.55. The cabbie hands him a receipt numbered 5555. Now he is getting a little nuts.
He searches the lobby directory and sees that his prospect in on the 55th floor. At this point he can’t stand the coincidence. He ignores his appointment and rushed outside to catch a cab. Another cab picks him up and says “take me to the horsetrack, and hurry.” After a 55 minute ride he pays the cab his $15.55 fare and bolts inside. He goes to ticket counter #5.
“Put $5,000 on horse number 5 in the fifth race.” He screams with uncontrollable excitement. He runs to the stands.

He is about to explode as race number 5 begins. His horse (#5) comes in fifth.

Jack’s point is that sometimes in the face of irrefutable evidence it is easy to reach an absolutely wrong conclusion.