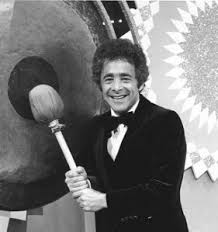 The administration will delay for one year the provision of the Affordable Health Care Act that enforces a penalty on employers with more than 50 workers.

What do they expect to change in a year?

From Scott Grannis at his blog, Calafia Beach Pundit, Obamacare Begins to Unravel:

This delay shows that there were even more fatal flaws to Obamacare than I thought. How could I—or any congressional staffer writing the original law, for that matter—have failed to realize that exempting businesses with fewer than 50 full-time employees from the penalty, but imposing the full penalty (which would start at $100,000 per year) on any business that goes from 49 to 50 employees, would do anything but create havoc among small businesses, the biggest source of new job creation? For small businesses that currently do not offer health insurance, the effective cost of adding a 50th employee would be not only that employee’s benefit package, but also $100,000 in annual penalties, or the cost of providing health insurance to everyone, which could be upwards of $6,000 per employee, or $300,000 for a business with 50 employees. Not many businesses are profitable enough to survive that, no matter how much time they have to “adjust.” This is a huge anti-business and anti-jobs defect in the law.

Delaying this penalty on small businesses that want to grow is not going to fix the problem. Small businesses will continue to eye the magic “50,” keeping employee counts low, postponing expansion plans, and relying as much as possible on temporary or part-time employees. Many employers may simply decide to downsize. This is not good for business and it is not good for new job formation. It creates a huge “wedge” between the cost of hiring additional workers and their marginal contribution to the business. It also interferes with individuals’ right to contract freely.

This is not the first delay in the implementation of Obamacare, and it is likely not the last. The fact that some 30 states have not set up health insurance exchanges may well precipitate yet another delay which could expand to the entire program, not just the employer mandate. A few more such delays and Congress may finally realize that Obamacare is bad public policy and that the only solution is to repeal it and rely instead of market-oriented reforms to healthcare. With one simple change to the tax code—for example, allowing everyone, not just employers, to deduct health insurance costs—Congress could make a huge difference that would end up being a positive for everyone.

This is more than a typical government snafu. It relates directly to the design of the law, which was thoughtlessly written and rammed through Congress with instructions for the bureaucracy to figure it all out.

Meanwhile, the law stipulates that a full-time workweek for the purposes of the mandate is 30 hours, when general business practice is at least 35. The result is that businesses have been scrambling to insulate themselves from higher labor costs by hiring part-time workers, or splitting shifts, or in some industries like fast food even sharing workers. Small firms trying to expand while avoiding the 50-worker trigger have come to be known as 49ers.

The delay will help these and other employers avoid immediately higher costs, which is why the main business lobbies endorsed it. But the decision will continue to dampen overall job creation because businesses know they’ll still be whacked in a year. Businesses don’t hire workers with the intention of sacking them later.

I will spare you the technical details and get straight to the main point.  This bill will kill employment, especially for the low wage employees and especially for mid size growing entrepreneurs (50 or more workers).   All of the economists, trying to figure out why employment is lagging in spite of low interest rates and record government stimulus, should put the charts away and just read this bill. And I am not even addressing the various tax increases, cuts in Medicaid, and the bureaucratic increase in 1099 reporting.  I am only addressing how this bill will affect employment.

It is also very clear that nothing in the bill will lower medical costs, but many requirements will increase costs. Access has taken a clear priority over cost and quality. We will provide more care for more people who will be ever less likely to be able to afford it without government help.

It was always absurd to think that this complex market could be managed or nudged by elites.   It was based on faulty statistics, shallow and partisan analysis,  economically ignorant solutions, arrogant bureaucracies, an ignorant sycophant media, and partisan and compliant fools.

The sooner they kill this monstrous bill the sooner this economy will recover.  This is an example of government at its worst.

Is Democracy Worth Promoting in the Middle East?
“The Simple is False; The Complex is Unusable”