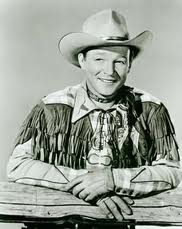 Thomas Hemphill and Mark Perry write The Myth of ‘Cowboy Capitalism’ in The American, 3/3/13.

While most of that decade encompasses the George W. Bush era of “cowboy capitalism,” President Obama holds the record for the most plentiful consecutive two years (2010 and 2011) of pages published in Federal Register history, with 81,405 pages and 81,247 pages during these years, respectively.

The historical trends of the last decade show that when it comes to the regulation of American business operations, the direct involvement of government in providing subsidies to specific industries, and the level of federal taxation of corporate income, the “cowboy capitalism” moniker applied to the U.S. political economy is more myth than fact. To the extent that America may have deserved the distinction of being a “cowboy capitalist” nation in the 1980s, that distinction has clearly changed in recent years as economic freedom in the United States has suffered a steep decline since the turn of the millennium.

And what would it take for the United States to regain its ranking among the world’s most “free” economies? According to Heritage, it “will require significant policy reforms, particularly in reducing the size of government, overhauling the tax system, transforming costly entitlement programs, and streamlining regulations.” Those are serious fiscal and institutional challenges that realistically could take several decades to successfully address, suggesting that any significant shift in the direction of a “freer” market economy and “cowboy capitalism” would be generations away.

A common question among my business associates is what business one would start today.  The most common refrain is one that is dependent on the government in some way.  The number of new business start ups is at an all time low.  Regulations are often a ruse to protect existing industries from competition.  The more complex the regulations the more effective they are in restraining startups.

Masquerading as Insurance
A Vacuum in Leadership